Kevin Anderson: What They Won’t Tell You About Climate Catastrophe

Scientists and officials are not telling the public the awful truth: we are hurtling toward catastrophic climate change. A review, summary and critique of an earth-breaking speech by Prof. Kevin Anderson, Deputy Director of the Tyndall Centre in Britain. Speaking to the Cabot Institute in Bristol November 6th, Anderson told the sold-out crowd our future is not possible. Radio Ecoshock 121114 1 hour.

Are the climate deniers right? Are some scientists colluding with government to hide the truth about climate change? “Yes”, according to top British scientist Kevin Anderson – but not the scandal you’ve heard about. Top scientists and government reports won’t tell you we are heading toward catastrophic climate change. Emissions are skidding out of control, leading us to a world six degrees Centigrade hotter on average, much faster than anyone thought possible. Why doesn’t the public know?

Why are world conferences still talking about staying below 2 degrees, as though that is possible?

In a devastating speech at the University of Bristol Tuesday November 6th, 2012, Professor Kevin Anderson accused too many climate scientists of keeping quiet about the unrealistic assessments put out by governments, and our awful odds of reaching global warming far above the proposed 2 degree safe point.

In fact, says Anderson, we are almost guaranteed to reach 4 degrees of warming, as early as 2050, and may soar far beyond that – beyond the point which agriculture, the ecosystem, and industrial civilization can survive.

All this comes from one of the world’s top climate scientists, plugged in to the latest research and numbers. Kevin Anderson is from the UK’s premier climate modeling institution, the Tyndall Centre for Climate Change Research, and the University of Manchester. He delivered the speech “Real Clothes for the Emperor, Facing the Challenges of Climate Change” at the Cabot Institute of the University of Bristol in Britain.

His estimates are backed up by recent reports from the International Energy Agency, and now the global accounting firm PricewaterhouseCoopers. I also quote from Joe Romm’s blog at thinkprogress.org, and a comment by Lewis Cleverdon from Wales, in the Transition blog at transitionculture.org.

I’m Alex Smith for Radio Ecoshock. In this program, I’m going to play selections from Kevin Anderson’s latest speech, accompanied by some explanation and references to other sources. Anderson speaks very quickly, assuming a highly informed European audience, and includes some technical data and reports unknown to most of us. So we’re going to work through this together. 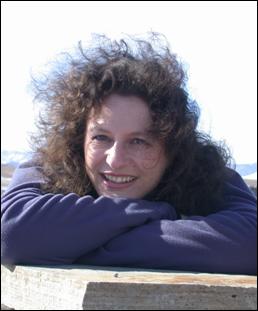 All music on this program is by Suvarna, with her co-conspirator Ravi, and guest Egyptian percussionist Hossam Ramzy. The album is “Energia” on Etherean Records. Suvarna, a world music maker, has another couple of albums with White Swan Records. We end this Radio Ecoshock show with a special single she sent to Radio Ecoshock. It’s dead on. The song is “Atmosphere’s Lament”.

For the first time in seven years, I have to ask for your help. I’ve always paid the whole cost of Radio Ecoshock. Now my income has gone down, while production and distribution costs are going up. You can help this radio program keep going by clicking on the donate button on our web site at ecoshock.org – or on the blog at ecoshock.info – look on the upper right hand side of this page for the “Donate” button. My thanks to listeners who made that donation last week.

FREE DOWNLOADS FOR YOU (PLEASE SHARE THESE LINKS WIDELY!)

THE RADIO ECOSHOCK PROGRAM WITH ANALYSIS

This week’s show on Kevin Anderson in CD Quality (56 MB).

A Radio Ecoshock listener made this transcript of the talk, as a .pdf file.

Here is a 58 minute radio edit of Anderson’s speech for those wanting to rebroadcast. It could be even shorter if you cut the intro and provide your own.

This version is also great for busy people downloading the speech for their IPOD, mp3 player, phone or whatever. To save space you can use the “Lo-Fi” version, which is less than 14 megabytes.

Find the complete and full original speech, just over an hour long, as recorded by Alex Smith here. My thanks to Chris at Sheffield IndyMedia for telling me about this important lecture in advance.

Find the helpful slides (including the graphs) for this Kevin Anderson speech here.

You may also want to check out Kevin Anderson’s first chapter of a recently published book, “Climate, Development and Equity”.

THE IEA: WE ARE ACCELERATING TOWARD A DEAD WORLD…

Anderson begins his talk with a source that is hardly known as green or radical. Fatih Birol, Chief Economist and Director of the International Energy Agency has warned on our current energy pathway the global mean temperature will rise by 3.5 degrees C – over 7 degrees F – over pre-industrial levels by 2040. For those counting, that’s just 28 years from now. The IEA predicts 4 degrees rise by 2050, and 6 degrees by 2100.

In his book, “Six Degrees: Our Future on a Hotter Planet“, and the National Geographic series based on the book, Mark Lynas says at +4 degrees C “Southern Europe will become unlivable due to extreme heat. The West Antarctic ice sheet will melt away and add another 5 meters to global sea level.” At +6 degrees C, the Amazon forest long ago burned in a giant fireball, and all the polar ice melted, Lynas simply says “we will all be dead.” The short You tube version is here.

Fatih Birol of the IEA says we have only five years to change our energy system – or have it changed for us. We’ll talk more about that short time frame later.