As I write, my home Province of British Columbia has been struck for a second time, in less than six month, with a record-smashing mind-boggling dash of extreme climate weather. An atmospheric river dumped more than a month’s worth of rain in 24 hours, and places like Vancouver get super rainy in normal times. The mountain landscape became destabilized so that rock slides wiped out every major road connecting Canada’s West Coast to the rest of the country, along with critical railroads.

In Abbotsford, suburb of Vancouver, a large farming area was established years ago on what was once a lake. With the giant rainfall, the lake returned putting thousands out of their homes. The entire town of Merritt B.C. (pop. 7,000) were ordered to evacuated as it all flooded. Tens of thousands were forces from their homes and electricity went out. Trucks required to haul everything from gasoline to food cannot get out of the Vancouver area, and that essential port has been blockaded by the disaster.

Last summer, the West Coast was slammed with stunning never-expected heat. The “heat dome” last three days. Five months later, we just found out from a Coroner’s report: almost 600 people in the Province of British Columbia died in that heat emergency, with hundreds more in the United States, especially in Oregon.

Those are the low numbers, the direct excess deaths. But human bodies get damaged by extreme heat in ways that disable or kill months and even years later. Our reporting system doesn’t pick that damage up and it can take years for science to catalog the real costs. Like long-haul COVID, there are unknown numbers of long-haul heat victims. According to Harvard’s Dr. David Keith, these include babies damaged by heat in the womb who suffer lower expectations for a lifetime. In the future, heat waves could be as deadly as the current pandemic, but every year in some places. You will hear all that in a few minutes.

As you heard from Penny Daflos of CTV News, Vancouver, November 11 2021, the ambulance system in B.C. broke down under the high volume of calls for help during the heat wave. People were collapsing on the street and in their homes. I lived in Vancouver for 25 years and never met anyone with an air-conditioner in their home. The people, the government, and the health system were not ready for this breakout of climate change. If the power goes out too, nobody in the developed world is ready.

The heat is often laid over drought, leading to massive forest or brush fires – more deaths and damage to health from smoke pollution. People suffer real health damage from high stress if a community is threatened, forced to evacuate, or burns down – as Lytton British Columbia did in the summer of 2021.

A Doctor in the small town of Nelson B.C. just made world headlines with a diagnosis we all knew was coming. Dr. Kyle Merritt diagnosed a patient suffering a condition he calls “climate change.” Here is a report from the Vancouver CTV news November 11.

Regular listeners know I have covered the deadly dangers of heat, literally global warming, for years. You can get an e-book collection of my interviews with top scientists and doctors. Look for “Surviving in the Age of Extreme Heat” at ecoshock.org.

A listener sent in a tip about a new podcast that is right on target. Episode 24 of the podcast called “Energy vs. Climate” asks the big question: “Is Heat the Greatest Climate Threat?”.

If you asked me for the greatest climate-driven threat a couple of years ago, I would have picked crop damage, which can be caused by extreme heat, drought, extreme rains or even sudden cold snaps. That threatens food for millions of people. On the longer term, sea level rise will flood coastal cities housing billions of people, and key agricultural deltas that feed them. But is heat the biggest killer?

The “Energy vs. Climate” podcast has a star-studded cast. There are three hosts. The ringmaster on this production is Ed Whittingham. He is a clean energy policy/finance consultant, fellow at the Public Policy Forum and a mentor with the Creative Destruction Lab. Wittingham is the former executive director of the Pembina Institute.

Following Ed, we hear from Dr. David Keith. David was our guest in 2015 and often comes up in the program. He is a star in the carbon capture and storage game as well as a solid climate scientist. Rounding out the team is Professor Sara Hastings-Simon from the University of Calgary. She’s very sharp. 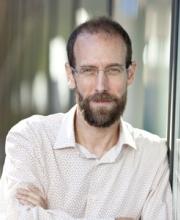 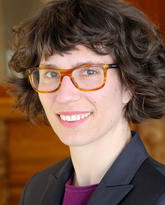 For this heat show, the group invites another repeat Radio Ecoshock guest, author Jeff Goodell. His books are best-sellers, including “The Water Will Come – Rising Seas, Sinking Cities, and the Remaking of the Civilized World”. Now Jeff is investigating heat impacts, from how we die to the cost of damaged infrastructure as record heat pops up around the world. That is for a new book coming out next year, but Jeff gives us a sneak preview.

The energyvsclimate podcast is well over an hour and worth it all. David Keith starts out with a summary of new science on heat and health. David sees a similarity with long-haul COVID. There is also long-haul heat damage among climate survivors. Jeff addresses this too. David presents charts from a study showing that with warming, deaths will go DOWN in some northern countries while escalating in the tropics. That is because weather deaths in places like Canada, Scandinavia and Russia were mainly due to extreme cold, not heat. Cold deaths will drop in a warming world.

Even so, over 600 people died during the 2021 heat dome in the British Columbia, Canada – generally pictured as a benign climate moderated by the ocean. At least 10,000 people died in the great Russian heat wave in 2010, including in Moscow which is fairly far north. Nobody is immune to heat deaths – and to long-term health damage from extreme heat.

Keep in mind, heat mortality numbers are only immediate deaths, and these are wildly under-reported. The death certificates may list stroke and other causes, but those cases all spike because of the heat wave. There is mortality in weeks and months afterwards that never make the news. The least understood long-term effects of extreme heat are brain damage, and changes to babies in the womb. Chronic kidney disease after extreme heat exposure is well known. Look to the work of Camilo Mora from the University of Hawaii. He talks a lot about organ damage during extreme heat.

TUNE IN TO THE ENERGY VS CLIMATE PODCAST HERE:

You can find Episode 21 at energyvsclimate.com, on YouTube, Spotify and the rest. My thanks to Whittington, Hastings-Simon and Keith for getting this key information out there for the rest of us.

Jeff Goodell says the prestigious medical journal Lancet estimates over 350,000 heat deaths a year already. Heat is predatory, like wolves in packs it goes after the poor, the very young or old, the weak with pre-existing conditions. The rich can adapt where the poorest cannot. Heat is the “most vivid embodiment” of climate justice/injustice, a hot topic at COP26. It looks like hundreds of millions of people could either die of heat, or be driven out as climate migrants, during your lifetime. Watch this space.

The most exposed as we warm are not just people in Pakistan but poor people in trailers in Arizona, trying to save on power bills by not running A/C, and they die. The mentally ill, seniors and people with substance abuse problems are more likely to die. As various doctors have told us, the early stages of heat stress include confusion and poor choices. We may think “we are tough enough” or “we are used to it” and not turn on that fan or seek a cooling shelter. It is comfortable enough to sink into that couch, stop moving, and without knowing it, drifting into heat death without much noise or drama.

There is a common misunderstanding: if you have water you will not die in heat. But that is not true as the panelists explain. The idea that people who live in hot climates can handle heat better is also untrue physiologically. Humans bodies are the same.

Jeff tells the story of an agricultural worker near Willamette Oregon, a Guatemalan migrant working in a plant nursery. He had dreams for his family at home. He was working despite heat warnings, was used to heat, and was found dead in the field. Farm worker protection is poor.

Then Jeff discusses the cost of heat damage to infrastructure. Power lines can’t carry as much current (when demand is super high) and then wires sag, possibly into trees starting fires. We built our world for this “Goldilocks” climate zone we lived in. Now we are moving out of that. Everything that we live with is built for a certain temperature. Among other things, Jeffs’s coming book will try to quantify that. Human mortality is just a part of it.

COMING NEXT WEEK ON RADIO ECOSHOCK

Now that COP26 has failed the climate challenge, and Joe Biden has gone back to selling off millions more acres in the Gulf of Mexico to oil and gas drillers, perhaps you feel discouraged? So what then?

Next week we speak with UK Professor Jem Bendell about “Deep Adaptation” and going on despite the gloom. Our second guest is none other than co-founder of Extinction Rebellion, Skeena Rathor. She has a whole vision to resist destruction of nature and our lives. Don’t miss it.

If you have the means, I can use your support to keep going. Radio Ecoshock has no corporate donors or magic Foundations paying the bills. As you can see, I don’t do advertising either, trying to persuade you to kill more with products nobody needs. The budget to make this show and distribute it is small and tight, but I can’t afford to fund it personally. I live simply, with a small Old Age Pension and listener donations.

Please make a donation or commit to a monthly donation here.

Thank you for helping get Radio Ecoshock out there, all over the world, free to all comers!

Climate Talk on the Brink →
← Rebel Against the Crash
2 Comments