Guests: Arizona scientist David Breshears and Australian science journalist John Pickrell. How heat waves kill off forests – and the rush to save rare animals in Australia – during the worst bushfires ever seen. This show is not about how climate change will affect you. Enough about humans. It is time to hear what we do to plants and animals.

What will global warming mean? Will you need air-conditioning or need to move? Climate change sounds like a great drama for humanity, as though we live alone on a mechanical planet. In reality, we are small guests among billions of other living things: the animals, insects, plants and more. They too will react. We begin with the plant world where new science reveals “Underappreciated plant vulnerabilities to heat waves”.

The lead author of that paper is David D. Breshears. David is Regents’ Professor at the School of Natural Resources and the Environment at the University of Arizona in Tuscon. In 25 years of publications, Breshears became the expert’s expert on forests, grasslands, and crops in a warming climate. 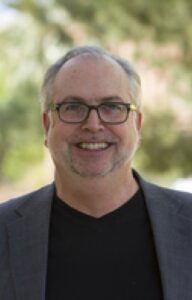 Listen to or download this half hour interview with Dr. David Breshears in CD Quality or Lo-Fi

1. Overview reports from the Intergovernmental Panel on Climate Change still work with global average temperatures and do not include trees and ecosystems dying from short extreme heat events, and

2. In their Paris Climate Accord emissions plans, countries plan to reduce emissions with more trees – but trees are going the other way, dying off. This makes current goal unrealistic and unlikely to succeed.

The fact that heat waves can lead to forest damage or die-off suggests (a) extreme events may be more important than global averages in determining the impacts of climate change and (b) this could be a climate feed-back when more heat kills forests which release carbon back into the atmosphere (and capture less) leading to more heat.

As the paper says:

““we have focused disproportionately on mean change, over extremes, when it is the extremes that induce widespread impacts such as mortality and ecosystem state change.”

“The frequency of very hot days (those exceeding the 99th percentile of daily maximum temperature) has more than tripled during the past century….Land area affected by heat waves is expected to quadruple by 2040.”

As we discuss in the interview, this group of scientists suggest ways to test for limits of trees to extreme heat (combined with drought) – and even ways to test for those limits. The University of Arizona took over the Biosphere 2 dome, and could possibly try extreme heat on some trees to measure results, as just one example.

Here is a good look at this tree/heat problem from an article at InsideClimateNews.

“Even without fire, trees are dying around the world at increasing rates because of global warming.

During extreme heat events and droughts, air bubbles can form in their moisture transport systems, essentially choking them to death. Warming also increases outbreaks of tree-killing insects. And logging, as well as land-clearing fires in the Amazon are threatening to push that critical forest ecosystem past a tipping point with global implications for carbon cycling.

‘Why are these trees in all these different regions dying at the same time when they’ve been around for such a long time? It’s heartbreaking,’ said Breshears. ‘Ten years ago, I didn’t think we’d be in this situation. I’m still kind of shocked myself at how much is occurring.’”

Some of the funding and scientists for this study come from Australia, and specifically from Western Australia where forest die-off has been severe, along with historic wildfires.

Just before the Northern Hemisphere slid into a global pandemic, Australia went through Hell fire. Dozens were killed, thousands of homes were lost as climate-charged heat set a continent ablaze. Maybe you saw video of frightened campers on beaches surrounded by flames. A woman rushed into the fire to save a Koala Bear with burned feet. We tried to look away from masses of kangaroos dead by the roadside. This was a world-sized climate disaster for the most unique wildlife left on Earth. 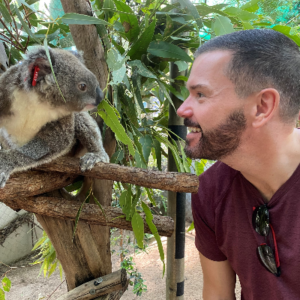 John Pickrell is the man to tell it all. With his Master of Science from the Natural History Museum in London, Pickrell edited Australia Geographic. He publishes in Scientific American, New Scientist, the Guardian, and the BBC. He is the author of two books on Dinosaurs. John’s new work is “Flames of Extinction: The Race to Save Australia’s Threatened Wildlife”. It is coming out in April 2021. 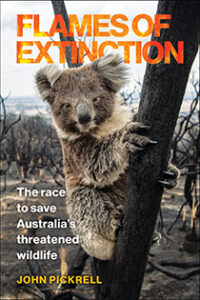 In 2019, fires also burned through the Western United States. California was the epicenter, but Oregon, Washington State, and Colorado were on fire as well. But it irks me when news reporting just tallies people dying, the number of homes lost, and maybe the outbuildings. We talk to ourselves as if humans are the only species alive.

“At least 21 percent of Australia’s entire forest cover had burnt, a figure unprecedented on any continent. More than 11 million hectares had been consumed in the 2019–20 bushfire season, an area bigger than Guatemala…An estimated 327 plants and animals lost at least 10 percent of their range to the fires, while a staggering 114 of these had between 50–80 per cent of their ranges burned.”

Smoke from those 2019/2020 Australian fires went around the southern hemisphere as far as South America.

Per the book: “…between 650 million and 1.2 billion tonnes of carbon dioxide (CO2) was pumped out, equivalent to the annual emissions of all the world’s commercial airliners and more than Australia’s typical total annual CO2 emissions of about 531 million tonnes.”

It has to be said a lot of Australians did respond to the plight of their wild things and wild places. There was a massive effort to bandage up burned Koala feet, save all sorts of creatures, and new alls to protect nature there.

SEE ALSO: this from the Guardian UK, March 2021

Both these reports on the demise of trees reminds me of a story suggested by UK scientist David Beerling in his 2007 book “The Emerald Planet”. In early Earth days, land plants were pretty flat. They had no tissue that could stand up, until formulating a complicated carbon chemical called “cellulose”. Then so many successful trees sprang up they captured enough carbon out of the atmosphere causing a severe ice age. Though this theory is disputed, it captures the huge role played by forests in stabilizing climates.

We just heard a single fire season in Australia doubled that country’s greenhouse gas emissions. Add in the great fires in California and throughout the West. Now toss in Siberian fires that don’t even make the news. Are we experiencing a carbon burst from struggling forests? New studies say the Amazon Rainforest is now a carbon source instead of a sink. Certainly carbon dioxide levels in the atmosphere have never been higher in the time of humans. It surfaced above 420 parts per million in Spring 2021, already half way to doubling pre-industrial levels.

Amazon is on the brink of turning into a carbon source, study warns

As scientist David Breshears told us: nobody knows if greening further north, or the carbon fertilization effect, can balance out carbon lost to heat, drought and fires – not to mention rampant slashing and logging from the Amazon to Indonesia. We are going blind into a game played by forces much larger than humanity. Changing the climate is a massive experiment with lives far beyond our own. The longer we delay climate action, the deeper suffering for all species.

There will always be a pandemic, a war, some economic breakdown, another worthy priority to explain why we delay and let the greenhouse effect roar out of control. We already entered the hallway of extreme weather. There is no calm peaceful time for year-long negotiations. There is no better time than now during this time of crisis. We can still stop the worst.

If you enjoy our guests and program, please help me keep it going. Donations to Radio Ecoshock are my only source of funding. There are easy options on this page.

I’m Alex Smith. Thank you for listening, learning, and caring about all the wondrous life on this small planet. 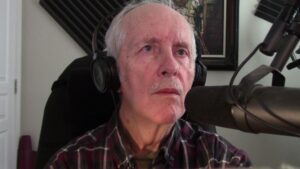