Thwaites Glacier in Antarctica: nothing can stop ice larger than England sliding into the sea. That will flood coastal cities around the world. While the sea is rising, land is sinking under 1 in 5 people. Don’t miss geoglaciologist Sridhar Anandakrishnan from Penn State, and Dr. Devin Galloway from the U.S. Geological Survey.

Join me as we try to understand: is there even more warming lurking “in the pipeline” as Dr. James Hansen says? That is how climate change is really measured.

We want answers right now. But this planet does not work on a human timetable. While you and I stress about politics, the pandemic and maybe food for the week – Earth works on deep movements we miss in the moment – until they arrive as a shocking disaster. This program is devoted to two slow powers.

IT COULD FLOOD COASTS AROUND THE WORLD

Only a few hundred humans have been to a place that determines the future survival of many great cities. That is not science fiction on another planet. Scientists now have millions of dollars to find out if and when the massive Thwaites Glacier will flood coasts and port cities around the world. In 2014, Eric Rignot of NASA said the retreat of the Thwaites Glacier is now “unstoppable”. 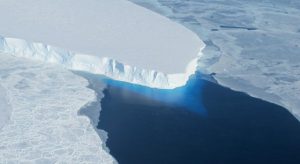 Our guest Sridhar Anandakrishnan has stood on Antarctic ice many times. As Professor of Geosciences at Penn State University, Sridhar uses satellites, computers and explosions to discover what drives glaciers larger than countries into the sea. 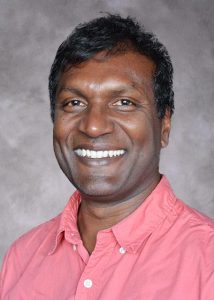 The Thwaites Glacier is bigger than Britain, Pennsylvania or Florida, and about 1/5 the size of India. Antarctica looks larger than North America. If Thwaites starts to melt… if it all went into the ocean Earth would experience about 2/3 of a meter of sea level rise (around 2 feet). If All of West Antarctica melted, it would be closer to 3 meters. Thwaites is about one third of the whole Antarctic ice mass.

ANOTHER COVID CANCELLATION OF CRITICAL SCIENCE!

Sridhar is involved in a project with Andy Smith with the British Antarctic Survey to do seismic testing in Antarctica. That expedition was cancelled due to COVID-19 – another loss to science watching this critical threat. We do not have that time!

“The substantial programme of ice-based science planned by ITGC in central West Antarctica for 2020/21 has been postponed. Ship access to the area was not scheduled for 2020/21 in either the NSF or NERC programmes. At present, it is anticipated that only a few personnel will visit Thwaites Glacier during the coming season, and their role will be to maintain and protect equipment and infrastructure, ensuring that science can resume when conditions allow.”

In our interview, Anandakrishnan was concerned this critical science may be delayed yet another year if supply ships have not re-stocked Antarctic supplies.

Michael Wolovick and John Moore suggest maybe we can stop this glacier from flooding the world’s biggest cities with geoengineering. They would try to build an artificial sill to stop the slide. Sridhar says the cost is prohibitive even if we could mount such a monster project.

This interview refers to the article “Is Thwaites Glacier doomed? Scientists race against time to find out” by PRI’s Ian Jouchin.

Check out this YouTube video of Sridhar’s presentation to the International Glaciological Society on April 22nd, 2020. He explains the Thwaites Glacier has “Marine Ice Sheet Instability”. There is a break in the video, just scroll past that when it happens.

He says Marine Ice Sheet Instability means “A small retreat will promote further retreat”. If the grounding line moves inland, that adds more ice that adds to sea level rise. As grounding line shift back, the ice above it gets thicker and thicker (especially on Thwaites Glacier, where the rear of the glacier slopes downward, below sea level). Thicker ice leads to faster retreat. That is the instability, which could “remove a large part of Thwaites glacier very rapidly” – but we don’t know how rapidly.

I also recommend this PBS feature on Thwaites science “Visiting the most vulnerable place on Earth: the ‘doomsday glacier’” from Feb 19, 2020. And this article ““The Race to Understand Antarctica’s Most Terrifying Glacier” (published 10 December 2018). It is great reporting by Jon Gertner.

Humans may cause the seas to rise, but we also collapse the ground beneath us. That is called “subsidence”. A new study finds almost 20% of the world’s population will be affected by it. At least one world capital already plans to move away from the holes below. Sea level rise will be much worse where coastlines and ports are sinking as well. This strange threat is seldom discussed.in the media.

One of the co-authors of a new global analysis about sinking land is Dr. Devin Galloway. He is a long-time scientist with the U.S. Geological Survey. The paper is “Mapping the global threat of land subsidence”, published January 1st, 2021. 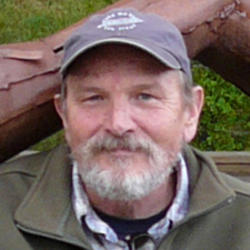 The press release for this paper says:

“A new analysis suggests that, by 2040, 19% of the world’s population – accounting for 21% of the global Gross Domestic Product – will be impacted by subsidence, the sinking of the ground’s surface, a phenomenon often caused by human activities such as groundwater removal, and by natural causes as well. “

The ground of Mexico City has dropped several feet/meters. Ground subsidence below the great Indonesian city of Jakarta is so severe that the government plans to move the capital to another place, on another Island. Couple that with rising seas, and parts of Jakarta will go underwater.

That is another irony of drying out the land by sucking up ground water. The soil sinks, with hardly any air within, meaning when heavy rains come, there is no where to hold the rainwater. Groundwater cannot recover fully.

But these are not just cities. Some agricultural areas may have drained their groundwater so much that fields actually collapse. Recall too the loss of groundwater under California reported to us by Jay Famiglietti of NASA on Radio Ecoshock.

Take note of this from the paper’s Summary:

In this interview, I ask Devin to explain the reduction in aquifer storage capacity. So many great cities get their only water from an aquifer. But the more they take, the less it can hold, partly due to compaction. Expect more headlines about big cities who run out of water.

This paper describes some of the top countries facing sinking land:

In Indonesia, coastal subsidence in Jakarta is so severe that government authorities are planning to move the capital to the island of Borneo.

In Japan, subsidence affected several cities during the 20th century, including more than 4 m of subsidence in Tokyo, before groundwater management practices mitigated further subsidence.

Iran currently hosts some of the fastest-sinking cities in the world (25 cm year–1) because of unregulated groundwater pumping.

In Europe, the greatest impact of subsidence occurs in the Netherlands, where subsidence is primarily responsible for placing 25% of the country below the mean sea level and increasing the flooding risk.

Subsidence in the Po River Plain in Italy started during the second half of the 20th century and currently threatens 30% of the Italian population, contributing to recurrent coastal flooding during extreme high tides in Venice.

In North America, intense groundwater depletion triggers subsidence from California’s Central Valley, with as much as 9 m of subsidence in the past century, to the Atlantic and Gulf of Mexico coastal plains in the United States, where subsidence is increasing flooding risk.

They do not here mention New England, which is sinking as memory of glacial weight subsides.

In Mexico, subsidence rates are among the highest worldwide (as much as 30 cm year-1), affecting small structurally controlled intermontane basins where the main urban centers developed, causing an important but unaccounted economic impact.

There may be large areas in South America and especially in Africa. But there is not enough data to know what is happening or the risks there.

SUBSIDENCE MAY BE GREATER THAT SEA LEVEL RISE!

In many parts of the world, the authors are not mapping out expectations for 2100 or anything so distant, but 2040, less than 20 years away.

DISPARITY IN A SINKING FUTURE

“Although predicted potential subsidence areas increase only by 7% globally, the threatened population is predicted to rise by 30%, affecting 1.6 billion inhabitants, 635 million of whom will be living in flood-prone areas.

These changes will not be homogeneous. Between 2010 and 2040, the predicted population exposed to potential subsidence increases more than 80% in the Philippines, Iraq, Indonesia, Mexico, Israel, Netherlands, Algeria, and Bangladesh.”

The awful force of climate change will not take a year or two off during pandemic or anything else. You and I need to keep learning, talking to others, and supporting climate action even now.

If you can afford to support this program, find out how here. This show goes out free to over 100 non-profit radio stations, and people all over the world by podcast, download, SoundCloud and other platforms. There is no secret church, corporation or financier behind Radio Ecoshock. My work is completely funded by you, the listener (and blog reader). I want to thank all the generous people who have helped fund this work. Your support empowers me to keep the voices of science and activism coming out.

I’m Alex Smith. Thank you for joining the climate struggle again this week.