Hurricanes and Arctic Fires: A World Slipping Away Unnoticed

We investigate zombie fires in the Arctic with Dr. Jessica McCarty, and the new wave of hurricanes as Alex Harris of the Miami Herald interviews Rutgers scientist Dr. Jennifer Francis. Buried under the surge of COVID sickness and death in the northern hemisphere, and the dire circus of the American election, real climate news shows nature as we need it – is slipping away. Half the corals of Australia announced dead. A vast swamp of Brazil burned over. Ice vanishing at the Poles and it’s all just blips on our news radar, gone in seconds. Radio Ecoshock doggedly continues to cover the big shift on this planet. This is real news we need today.

“We are the generation that is likely to witness the destruction of our Earth.” So says Dr Joëlle Gergis, the award-winning climate scientist from Australian National University. In the Guardian newspaper October 15, Gergis continues “Soon we will be facing 50C summer temperatures in our southern capital cities, longer and hotter bushfire seasons, and more punishing droughts. We will be increasingly forced to shelter in our homes as dangerous heat and oppressive smoke become regular features of the Australian summer. Looking back from this future, the Coronavirus lockdown of 2020 will feel like a luxury holiday.” Meanwhile, the largest wildfires ever recorded in both California and Colorado continue to burn.

In the summer of 2020 unprecedented wildfires roared across the Siberian Arctic. As they burned, at least 244 mega tonnes of carbon dioxide rose into the atmosphere to further heat our planet. This was a record year for fire emissions there, beating last year’s record high by 35%. Scientist are investigating the role of “Zombie fires” which smolder under the northern snow – only to burst out again in the Spring. They are also known as “hold-over fires“.

Jessica L. McCarty is an Assistant Professor in the Department of Geography at Miami University in Oxford Ohio. She has co-authored multiple papers on fires in Russia and the United States, including a close analysis of satellite data. She leads a new commentary published September 28 in Nature Geoscience titled “Arctic fires re-emerging”. 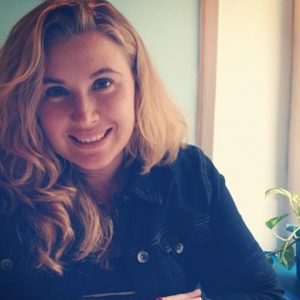 In the Beyond Zero broadcast from 3CR radio Australia, a Russian spokesperson for World Wildlife Fund said fewer homes and outbuildings are at risk in Siberian fires, because unlike the American West, people in the Eastern Arctic do not build homes and cities in the forest. They have clearings all around. Siberian people are more adapted to a fire regime. Thanks to Vivien Langford from Beyond Zero for this tip – it’s good listening!

Burning wildfires can accelerate permafrost thaw, and permafrost thaw enables more fires – that is a self-reinforcing feedback loop. By the way, Canadian fire expert Mike Flannigan told our listeners the reason trees do not grow further north is not because they cannot tolerate more cold, but because their seeds cannot propagate beyond certain climate limits. The Boreal forest becomes Tundra because trees cannot reproduce in the very far north. Isn’t that interesting?

Bushes and trees in the Arctic are not the giants seen in rainforests. Most plants grow slowly in the cold. As you proceed toward the Arctic Circle, the last trees get smaller, becoming shrubs, and then fail to appear, generally described as “the treeline”.

A brand new study, published in Nature Climate Change on October 12 2020, explains the size of the trees is probably not the critical factor in how much carbon northern wildfires release. A team review of burn scars in Canada and Alaska found, quote “the carbon stored below ground in soil organic matter was the most important predictor of how much carbon a fire will release.” That certainly rings true about carbon-dense peat.

There were wildfires even in Greenland in recent years.

We presume this carbon released in the far north will be recaptured as plants regrow, but who knows? Will the new burst of carbon toss us into more global warming – BEFORE the decades required to replace forests and bog plants pass?

One concern I have with the Zombie fire story – and Jessica’s new commentary in Nature notes it – we don’t know how big a factor they may be. I am concerned media and the pubic will get distracted by the novelty, just like the methane craters blowing up in Siberia. Yes, that is not a good sign, but right now the real source of climate-shifting emissions is here at home in our fossil-powered civilization.

WHY SO MANY HURRICANES? JENNIFER FRANCIS

Why are so many hurricanes hitting Mexico and the U.S. this year? Maria Gilardin of TUC radio guest hosts a new interview from hurricane central in Florida. Award-winning journalist Alex Harris of the Miami Herald interviews Rutgers scientist Jennifer Francis. 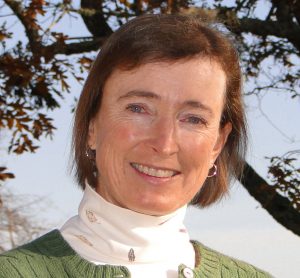 Here is Maria’s summary of the program, as posted at her own web site, TUC Radio.

“Jennifer Francis became Senior Scientist at the Woods Hole Research Center after being a research professor at Rutgers University’s Institute of Marine and Coastal Sciences.

She gave an interview to Miami Herald reporter Alex Harris on Hurricanes & Climate Change a day after the beginning of the official annual hurricane season that goes from June first to November 30th, giving a forecast that in essence came true.

Live on Zoom this became one of the most detailed and fact-filled conversations about how natural phenomena such as El Nino and La Nina, and even dust storms from the Sahara desert, interact with warmer oceans and one foot higher sea levels and changes in the ocean currents that make hurricane seasons longer and stronger. All this plays out in the Gulf of Mexico and up the East of the US

Alex Harris is staff reporter for the Miami Herald with an impressive grad student level of understanding of the science.
Recorded via Zoom on 6/2/2020”

My thanks to Alex Harris of the Miami Herald for permission to rebroadcast that interview – and to Maria Gilardin of TUC radio San Francisco. Maria always finds the good ones.

We are out of time, maybe for this civilization, and certainly for Radio Ecoshock this week. As always, I can use your financial support to help pay the costs of producing and distributing this program – free, all over the world. Radio Stations do not pay for the program, and as you see, we carry no advertising. The begging bowl is out here. Please help if you can. 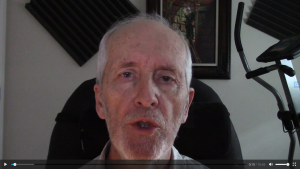