SPECIAL: Burning of the West!

Up to a million evacuate as the Western States burned with unbearable heat and fire. David Wallace-Wells, journalist and author of “The Uninhabitable Earth” is hot on the fires in California and Oregon. From San Francisco climate scientist Zeke Hausfather on his poisoned orange skies, fire fears, and how we can steer away from a worse catastrophe in climate change. Both interviews are loaded with facts and perspectives only in the Radio Ecoshock climate emergency broadcast.

David Wallace-Wells is one of America’s best journalists covering climate change. He is Deputy Editor of New York magazine. In 2019 David appeared on Radio Ecoshock to discuss his book popular book “The Uninhabitable Earth”. His Tweets about the heat and fires in California have been searing.

The last time Los Angeles was this hot, Homo sapiens were just venturing out of Africa for the first time. https://t.co/dYKjFkLJwx

Before he wrote the most popular article in New York magazine ever, Wallace-Wells covered the new science beat, stuff like gene editing, robots, and sometimes the arts. Now he is a climate columnist. 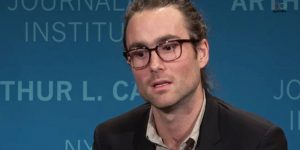 For me there are four elements to the rolling disasters in California, all of them made worse by climate change. There is a drought about 20 years long; an extreme storm with more lightening than anyone had ever seen. Then unheard of heat with the inevitable grand finale of wildfires burning millions of acres, setting new records, and the fire season is not over yet.

Why don’t we start with the drought. A few years ago we had NASA scientist Jay Famiglietti on Radio Ecoshock. He explained new satellite work shows California has lost so much ground water, the change in mass can be measured from space. The show was called “California Drought: Is this the big one?”

California Drought: Is this the big one?

California appears to be entering a historic long-term drought. That happened before in the Middle Ages. Last spring, A. Park Williams led the paper in Science “Large contribution from anthropogenic warming to an emerging North American megadrought”.

When I lived in Los Angeles in the 1970s nobody had air-conditioning. Why would you need it in a climate like paradise? Last week part of Los Angeles County his 121 degrees Fahrenheit, or 49 degrees C. It was 109 Fahrenheit, 42 C, in downtown L.A., right by the sea. That sounds more like the Middle East hot spots David warned about in his book “The Uninhabitable Earth”- but this is USA.

Over hundreds of thousands of years, humans evolved with a couple of responses to being over-heated. We either head for cooler hills or run for the shores of lakes or the sea. That is exactly what millions of Californians did over the Labor Day weekend. Some were surrounded by fire, others were surrounded by COVID-19.

I searched news outlets for the total number of Californians evacuated because of the fires, but right now nobody knows. At the start of this wave of heat and fire around August 20th, at least 175,000 people were evacuated. During the last few weeks, millions have been on the move with freeways crowded. It gives me the chills to wonder: what do all those displaced people mean for the numbers of COVID-19 cases in the next few weeks. Climate change and a pandemic are double disasters, almost like twins.

Then we have millions of folks there who don’t have a home they can evacuate from. I’m talking about the bulging California prison systems, some of them filled with smoke and COVID-19, and all those people already homeless in that wealthy state. What happens for them, when the climate goes into overdrive like this?

As David and I spoke, the sky above my studio in British Columbia is filled with dense smoke. My wife has been packing treasured photo albums in boxes, in case we have to run for it. Washington State is also burning. There is a fire so close to the border that Canadian fire planes were called out to water bomb the American blaze near Curlew. Oregon is suffering very large forest fires, but for too long that got less news coverage than the protests in Portland.

I watch ABC News sometimes, to see what Americans are being told by corporate media. There is plenty of exciting video of fires, harrowing escapes through the flames, and weather warnings – but pretty well never do the slick newscasters say the words “climate change”. But then California Governor Newsom, and all the Western Governors, made it a clear priority with the media, and with President Trump, that climate change is real and burning through the West right now.

San Francisco and other California cities hit unhealthy air quality warnings, again. That’s another health impact, sometimes resulting in long-term health damage and deaths. It worries and frightens people to be living in acrid sometimes toxic smoke, for kids, seniors, everyone. Why don’t we see that as an important health impact worthy of public education, and of course wearing masks to keep our lungs safe?

One startling new fear in the latest California fires is not just the horrendous area burned, but the speed of those fires. They went from zero to thousands of acres overnight. People went to bed unaware of danger, and by 3 a.m. they awoke – ordered to get out in three minutes. It seems in that high heat, fires don’t start any more – they erupt.

Usually when these heat waves and fires subside, we see a generic estimate of billions of dollars in losses. They said the 2018 California fires cost about $26 billion dollars, with 22,000 buildings destroyed, 97 civilians and 6 firefighters killed. Is there a point where even wealthy America just can’t afford to pay for hit after hit of extreme weather, driven by climate change?

On September 8, the New York Times revealed a report from U.S. Financial regulators appointed by Trump. It is titled “Managing Climate Risk in the Financial System”. They consulted big bankers and investors, only to find lots of fear about the costs of climate change. They know it is a risk, and yet keep investing in new oil exploration instead of green energy. When will Wall Street enter the battle to save a habitable climate?

One Republican on that Commodity Futures Trading Commission interpreted the new report as a warning about the financial risk of going green! He said, quote “The subcommittee’s report acknowledges that ‘transition risks’ of a green economy could be just as disruptive to our financial system as the possible physical manifestations of climate change, and that moving too fast, too soon could be just as disorderly as doing too little, too late.” Sure. Moving too fast on climate change. That’s the worry.

Cable media covers the American election for 12 hours a day. There are specials on the pandemic. When do we get non-stop coverage of climate disasters complete with scientist guests and activists? Where is the world climate channel?

DAVID ON RADIO ECOSHOCK IN 2019

ZEKE HAUSFATHER – CLIMATE SCIENTIST IN THE THICK OF IT

At a peak moment of California wildfires, I reached climate scientist and energy specialist Zeke Hausfather. He lives in the San Francisco Bay area. Dr. Hausfather has been chief scientist and cofounder at private energy firms, while a research scientist at Berkeley Earth and climate analyst for Project Drawdown. But his main job is Director of Climate and Energy at the Breakthrough Institute.

Digging around on NBC Bay Area TV, we find on September 7th the temperature in San Francisco was 83 degrees F – 28 C – at 11 o’clock at night. That is higher than the average daytime high in San Francisco for early September. Nights are now hotter than days.

The news has been slow to catch up to heat and wildfires outside California. Oregon declared a state of emergency. We just learned the “Almeda Fire” rushed through two towns, Phoenix and Talent Oregon, burning down at least 1,000 homes. Flames and smoke are approaching Medford Oregon, home to around 80,000 people. There are more communities burned out east of Eugene Oregon. Washington State has so many fires they have run out of firefighters and equipment. They are turning to a kind of fire triage of what can be saved.

Zeke told us his mother-in-law was living in Talent Oregon. At the time of our interview, he did not know whether her house has survived the blaze.

In addition to being a climate scientist, Zeke Hausfather is also a serious energy expert. We talked a bit about why California went through rolling electricity blackouts during the fires. Guests on this show say existing energy systems may not be able to cope with the coming heat waves. Nuclear plants and coal power stations have to shut down if they can’t get cooling water. Past 110 degrees, or 43 C, air conditioners struggle. Even solar panels become less efficient in high temperatures. Can we design energy systems that will keep on working as record temperatures become more normal?

In July, Zeke posted an update to the State of the Climate on carbonbrief.org. I ask him how is it looking for climate change in 2020.

State of the climate: 2020 set to be first or second warmest year on record

These are the dark days of smoke and fear in California and throughout the West. We know heat deaths will be understated as always. We know high heat affects mental health and can increase violence. But we do not know how the combined mental stress of a pandemic plus extreme heat, bad air, and threats to our homes will play out. Could there be a kind of Post-Traumatic Stress Disorder developing socially, as climate change unfolds?

Thank you for listening to this Radio Ecoshock special on climate, wildfires, and extreme heat in the West. Be sure to join us again next week for more on your world, when we tackle the disappearing Arctic and what that means for all of us.

If you can afford to help support production of this program, please make a one-time donation, or join my small but hardy group of monthly supporters. Your financial help is what keeps this program going out free to over 100 radio stations and thousands of online downloaders. Real climate science has to get out there!

I’m Alex. Thank you for listening. 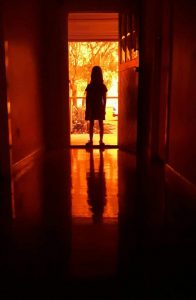