Exploring Darkness by Land and Sea

Dr. Kerry Bowman comes from the front lines. He was quarantined in the Toronto SAARS outbreak. In the Congo, Kerry found endangered apes traded to Asia. Bowman was the only Canadian in the Amazon able to report out the great fires of 2019. Then: why are dead zones growing in the ocean? UK expert Sabine Lengger joins us to explore the dark life in the sea.

When a listener suggested we hear from Kerry Bowman about bioethics I thought “bio-ethics – who knows what that is? We don’t have time for that in this climate emergency”. But Dr. Bowman comes from the front lines. He was at the epicenter of the SARS outbreak in Toronto (and had to be quarantined). Kerry was in the Congo finding international trade of endangered apes to Asia. Just this summer, Dr. Bowman was the only Canadian in the Amazon able to report out the great fires of 2019. So this is everything but boring.

Dr. Kerry Bowman teaches at the University of Toronto. He works in Family and Community Medicine and serves with their Centers for both Bioethics and the Environment.

Listen to or download this interview with Dr. Kerry Bowman in CD Quality or Lo-Fi

We begin with the links between destruction of the environment and the most fearsome diseases like HIV/AIDS or SARS or Ebola. One of several factors is eating wild animals not common to the human diet. Although we don’t know for sure, experts think HIV/AIDS was transferred from apes to humans by so-called “bush meat” in Africa. The Chinese government and other health officials now point to people eating bats and other wild animals as a cause of the novel Corona virus, now known as COVID-19.

There is a tradition in Asia to eat wild meats too. As China booms the taste for more wild animals has increased. Add in international trade and the flow grows greatly. Enormous amounts of animals are being illegally brought in, sold in dirty markets (snakes, civets, turtles). That is where SARS came from,. A Canadian in a market in Hong Kong got the new and deadly disease and brought it back to Toronto. Bowman was working in the hospital at that time. He was visiting a patient one bed away from an undiagnosed patient with a fever. The police were called (the RCMP) to completely seal the hospital. Bowman was put into quarantine. Bowman did not get SARS, but several of his colleagues did, and several died. This story was brought back this year in the October 2019 interview in the American Herald Tribune. 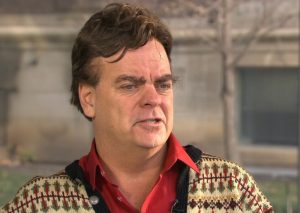 High in the concrete jungle, we feel a nervous disconnection from our natural selves. Some people fly thousands of air miles for eco-tourism in Costa Rica. Others go to Africa or Alaska to shoot trophy animals. But the well-meaning and the cruel share the same thing: the effort to reconnect with nature actually means more destruction of nature.

Kerry had traveled to many countries to advise on environmental policies, from South America to Iran to North Korea. In Kerry’s Wikipedia page we find this: “What is remarkable,” Bowman notes, “is that DPRK may be the only country in the world that has adopted organic, sustainable agriculture as a national policy” (from Kerry Bowman 6 January 2011).

THE LAST CASE FOR HOPE

Way back in 2013, at a panel discussing treatments for Multiple Sclerosis, Dr. Bowman said:

“How did we ever get to the point where ‘hope’ is a negative or a dirty word. We can’t have hope, we can only have evidence. Hope is the human life source. Hope is what makes us human… The last thing we ever want is an approach where something like hope is purposely suffocated in people because it’s not ‘rational’.”

Let us turn that toward climate change, where “hopium” is discouraged by some activists, and scientists continually say we have to wait for more research.

My thanks to Radio Ecoshock listener Judith Deutsch from the University of Toronto for introducing me to Kerry Bowman and his work. Judy has been organizing bi-weekly talks on climate change/justice through Science for Peace and the Toronto Extinction Rebellion group. She recommends Radio Ecoshock at each session. Please pass on this show through your own groups, or start a discussion group yourself in your community.

The media talks about “dead zones” in the ocean. Scientists prefer “oxygen-minimum zone”. What ever we call them, these large areas dead to life as we know it – are increasing around the world. Is the ocean dying? What is the climate connection?

Deep down there are changes we all need to grasp. To sort it out, we have the lead author of a paper published December 2019 about “dark carbon fixation”. The title is: “Dark carbon fixation in the Arabian Sea oxygen minimum zone contributes to sedimentary organic carbon (SOM)” as published by the American Geophysical Union. The handy “Plain Language Summary” for this new paper says,: “With global warming, and increased nutrients from rivers, dead zones are forecast to expand.” But how much? Are there any limits to “dead zones”? Is the ocean entering a mass extinction event?

Dr. Sabine K. Lengger is a Lecturer in Chemistry for the School of Geography, Earth and Environmental Science, at the University of Plymouth UK. 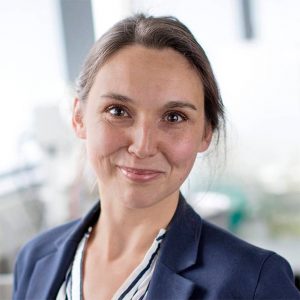 Listen to or download this 27 minute interview with Dr. Sabine Lengger in CD Quality or Lo-Fi

LIFE IN THE DEAD ZONE

It is time to introduce our new little friends in the sea. These are anammox bacteria. We just found out about them in the 1990’s, and yet they are among the most plentiful micro-organisms in many parts of the ocean, especially in the Arabian Sea. This newly discovered type of bacteria “can live at the edge or in the middle of these dead zones” So the “dead zones” are not really dead! It’s just that helpful organisms like fish and plankton that capture carbon and release oxygen are not able to live there.

We are discussing the role of alternative-chemistry bacteria in capturing carbon dioxide from sea water. It’s interesting. A couple of years ago, I interviewed the Russian plankton scientist Sergeii Petrovskii. He said science is not yet sure on whether plankton will increase or decrease with global warming. Do we really know what to expect with this other form of bacterial life as the planet shifts toward a greenhouse world?

Then we have another type of marine bacteria that do not need oxygen: these produce the toxic gas hydrogen sulfide as a bi-product. Paleoclimatologist Peter Ward suggested an explosion of that life form may have sent clouds of deadly gases over the continents, leading to a mass extinction. Changes in the micro-world of the sea can affect life everywhere, including on land. You can download or listen to this 25 minute interview with Peter Ward here in CD Quality or Lo-Fi

Dead zones have been tested for this type of bacteria in three places you name: off Peru, in the Arabian Sea, and in the Black Sea. There are also significant dead zones in the Black Sea, in the Gulf of Mexico, and off the coast of California. Thousands of them have popped up all over the world. The International Union for Conservation of Nature or (IUCN) recently published a report on ocean dead zones. Observed dead zones rose from perhaps 50 in the 1960’s to over 700 today. We need to know why ocean dead zones are increasing.

Read more about this new study here at ScienceDirect.

Because so much of what you buy comes from China, we should expect shortages of common parts to appear, at least for a little while. Many times on this program I encouraged listeners to have at least a month’s worth of basic food in your home, if you can afford the price of rice, beans, and soup. Now is definitely the time. There is a small but growing possibility you may want to self-quarantine in your home, or be ordered to do so, for up to a month or more. Please think about what you could need and prepare now.

I noticed the Lysol index has exploded. People worried about getting the virus off clothes after going outside wanted Lysol disinfectant laundry soap. A one gallon bottle, about 2.5 liters, costs about 15 US dollars or less. Shipping dates at that price, coming from China of course, are two to three months from now. Get it from American suppliers and the price was $75 US dollars a week ago, and now $150 US dollars, for a 15 dollar product. Whether the Corona virus goes pandemic or not, fear is taking over.

The irony is, as we heard from our guest Jonathan Richards in February 2019 – the survival food industry had crashed. There are hardly any suppliers left, and their stocks were minimal. Companies canning food for long-term storage went out of business. The few that survived are now totally sold out. Their online order sites are empty. Even prepper foods on Amazon are mostly out of stock and we don’t know when it will be back. The food panic is already developing. Will the American stock market take a dive soon, as big companies from Apple to Ford shut down their lucrative Chinese factories and stores? When will companies in North America and Europe run out of Chinese parts?

Regarding climate, halting air travel to the world’s largest population, and seeing empty streets in Shanghai, means less carbon pollution. Maybe fewer people will fly around for fun or take vacation cruises. Even social change is possible. Perhaps when one door closes, another opens.

Please stock up to at least a month’s worth of food if you can. Cheap rice and canned fish keep for years and do not need cooking if things get bad. Add canned veggies and beans, and some seeds for sprouting fresh green. Store gallons of water too.

There are a thousand YouTube videos to advise you on “prepping”. Last year, the governments of the UK and Sweden advised their citizens to be prepared (for any breakdown). In the “just-in-time” agrifood system, you need a food buffer. Now we are faced with the possibility of being quarantined in our homes, for up to a month (if one person gets sick part way through).

Play safe and be well.