Big Questions About Your Future

This week we catch up with extreme heat coming to American cities – it will be literally “off-the-charts”. Dr. Kristina Dahl from the Union of Concerned Scientists reports. Then we check in with Canadian climate scientist Simon Donner on a wide range of big questions about your future.

My thoughts go out to the millions of people in California worried or on the run as hurricane winds drove super fires across the landscape. A weakened jet stream allowed a polar blast to sweep over North America. Some of those winds flowed back over the desert toward the Pacific Coast to become a rare hurricane-level Santa Anna. Images from the fire-fight look like Hell to me. Stay safe friends.

It’s official, the coming heat waves will be longer, hotter and stickier. Under any scenario for the coming climate Americans are going to face heat like they have never seen before. Kristina Dahl is a senior climate scientist for the climate and energy program at the Union of Concerned Scientists. She is lead author of a new paper titled, “Increased frequency of and population exposure to extreme heat index days in the United States during the 21st century“. 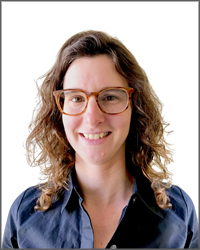 What does it take for the US National Weather Service to issue a public heat warning?

So if you live in parts of New England, for example, say New Hampshire, they tend to issue a heat advisory at a lower heat index, more like 90 or 95 because the people there are less accustomed to extreme heat. On the flip side, if you live in Texas, where day’s with a heat index above 100 are fairly common, the threshold for issuing a heat advisory tends to be a bit higher.”

It is the same internationally. The heat warnings come out in the UK much sooner at a much lower temperature than they would, for example in Spain or certainly than in the Middle East where that’s just another day….

Kristina continues: “the type of heat that we project that places like Texas will feel is truly unprecedented for that region. So we look at phenomenon that we call off the charts days. So these are days when the combination of temperature and humidity is so hot that we can’t reliably calculate a heat index.

Alex: I was shocked to see in your report that a few areas like Eastern Texas, Louisiana, and South Florida are projected to experience 50 to 100 days per year, where the humidity index will feel like it’s a 105 degrees Fahrenheit over 40°C, that could be three months of stinking hot. Is that a lot more than the present generation is used to?

Kristina: It is. So we see that by mid-century, both the frequency of the extreme heat in the intensity would increase. So people may be used to say 20 days per year with the heat index of 100. But by mid-century we’d be looking at about 50 days with a heat index above 100. So those really miserably hot days that even people in Texas and Florida complain about is being very hot, it’d become much more frequent, but we’d also see a rise in the number of days that are even hotter than that. So it’s both the frequency of those unpleasant days and the intensity of them that would really create these unprecedentedly hot conditions.”

THE VIEW FROM THE NORTH: SIMON DONNER

From the South Pacific to the Arctic, Canadian climate scientist Simon Donner is working both research and public outreach. I want to ask him about coral as nurseries of sea life, about why farmers don’t get the climate picture yet, and whether Canada can step up to it’s role in the rapidly changing Arctic.

Professor Simon Donner is from the Department of Geography at the University of British Columbia. 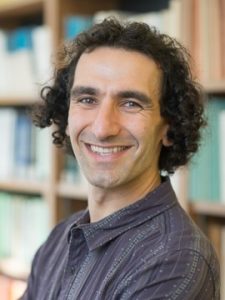 We cover a wide range of climate-related news and science in this interview. For example: on Radio Ecoshock I have warned listeners we cannot use the number of deaths to measure the severity of heat waves. The government of France reacted to tens of thousands of deaths in the 2003 heat wave, and only lost 1500 people in an even hotter time this past summer. Simon co-authored a paper about all this earlier in 2019, titled “Can we sustain success in reducing deaths to extreme weather in a hotter world?“.

One of Donner’s interests, beyond Coral, is the reaction (or lack of reaction) by farmers to a changing climate. We discuss this paper by Donner: “Integration anxiety: The cognitive isolation of climate change“,

Check out Simon Donner’s work and blog at his web site.

As I tell radio listeners, I don’t agree with everything every guest says. Simon is more optimistic than I am about our future, and a little more generous toward Canadian politicians than I would be. Others among you might like to hear something other than “we are doomed” – you might like Simon Donner’s take on life.

My thanks to all the listeners who send in tips. The email address is radio@ecoshock.org. Or contact me via the show web site. If you would like to help me keep producing this program, please make a donation here.

Thank you for listening this week, and caring about our world.

Venice, San Francisco, Climate-wrecking →
← Hundreds of Millions to Be Flooded Out by the Sea
3 Comments