With new heat records set all over the world, is there a threshold where this planet goes into another place? How hot can it get? You will hear new science from Dr. Will Steffen in Australia. Then meteorologist and storm-chaser Bob Henson covers the heat and storms of summer 2018. I’m Alex Smith, with eco-shocking news coming your way. Radio Ecoshock 180912.

OR, you can listen to or download (or pass on!) my 28 minute interview with climate scientist Will Steffen in CD Quality or Lo-Fi

Planet Earth is hurtling toward a new hotter state. But how hot? Are there landing spots safe enough for a human civilization? We get a big step toward answers with new science published by the National Academy on August 6th. The title is: “Trajectories of the Earth System in the Anthropocene.” As of this writing, the full paper is available to the public free of charge.

The study is from a distinguished team of scientists, led by Dr. Will Steffen. Will was educated in the American south and transplanted to Australia, where he led research institutes and advised governments. Currently Dr. Steffen is an Emeritus Professor at the Australian National University and a Councilor with the Climate Council of Australia. He is also a Senior Fellow at the Stockholm Resilience Centre. 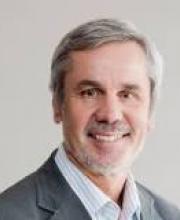 Let’s go through the four main questions from the new paper. They are understandable to all of us, and go far beyond scientific curiosity. These are things we all need to know.

Question 1: “Is there a planetary threshold in the trajectory of the Earth System that, if crossed, could prevent stabilization in a range of intermediate temperature rises?” That’s a pretty scary question isn’t it?

Next: is there is such a planetary threshold, where is it – or maybe “when” is it?

Question 3: “If a threshold is crossed, what are the implications, especially for the wellbeing of human societies?”

The last question is about what human actions could save us from the worst of a hothouse world. We discuss all that in the interview.

Then dig in with this: the AR5, or Fifth Assessment Report of the Intergovernmental Panel on Climate Change, was finalized in 2014. That report had “medium confidence” that a threshold for abrupt and irreversible change exists. This new paper by Steffen et al takes us to a much higher level of confidence.

Steffen says that the idea of ecological thresholds is similar to Al Gore’s “tipping points”. But this paper assembles a wide variety of tipping points, and asks if the world ecosystem as a whole has a threshold for very serious and irreversible climate change. The paper also goes well with the “Planetary Boundaries” advanced by co-author Johan Rokstrom and his team in Sweden.

It worries me that this paper calls for “stewardship of the entire Earth System” including the biosphere. Frankly, we have utterly failed at stewardship. The idea of humans running the biosphere is frightening. Maybe we need instead to greatly decrease our numbers and impacts, to allow the biosphere to self-regulate. But Steffen assures us the paper authors were careful not to use the word “manage” as though we could and should manage nature. Stewardship contains the concept of leaving space for nature to operate.

Figure 3 in the new paper is a “Global map of potential tipping cascades.” Many individual “tipping elements” are connected. For example there is a link between the Amazon rainforest and “Thermohaline circulation” in the North Atlantic. I note my long-standing objection to Guy McPherson’s near-term human extinction theory, where he seems to add up positive feedback loops. But here in this paper, other scientists DO agree that tipping points influence and augment each other, in some cases. 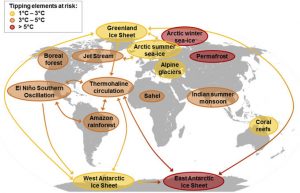 Dr. Joachim (or John) Schellnhuber is a co-author of your new paper. In his 2011 speech at the “Four Degrees of More” conference in Australia, Dr. Schellnhuber said something that always made me wonder. According to my blog notes from that speech, he said studies in physics show the temperature is unlikely to stay anywhere around 7 degrees C hotter. Simple calculations about the wave patterns of matter suggest the temperature would either rest around 5 degrees, or keep migrating up to 10 degrees hotter, where there is another natural plateau. This paper also talks about possible resting points, based on potential energy of the system. It’s deep stuff.

There has been a kind of mono-culture among some climate scientists and climate activists, where it’s all about the carbon. But humans have plenty of other impacts, like driving species extinct, deforestation, or polluting with plastics, – that could change biospheric systems supporting climate stability. I was relieved this study went beyond simple carbon counting.

Most people know we have to slash greenhouse gas emissions to keep a livable world. We’ve heard experts on this show go further, saying we will need to reduce incoming sunlight with geoengineering. But this group adds a third way: “enhancing or creating carbon sinks.” You need to listen to the interview to discover what that means, and what can be done.

A stabilized Earth seems unlikely if we allow human population to keep expanding. This team is brave enough to go there. They talk about population control, empowerment of women, and access to birth control. Critics will say those are social issues, not scientific concerns. Can we separate society from climate change?

If we want to have a habitable world, it sounds like we need to change everything – our consumption, behavior, attitudes, – everything. I’ve studied history, and I can’t recall such a huge revolution in such a short time frame. Is it still really possible to steer Earth without going into the Hellish hothouse ditch?

We talk about “Earth Resilience in the Anthropocene“. That is surely what we need.

“Based on this framework, we argue that social and technological trends and decisions occurring over the next decade or two could significantly influence the trajectory of the Earth System for tens to hundreds of thousands of years and potentially lead to conditions that resemble planetary states that were last seen several millions of years ago, conditions that would be inhospitable to current human societies and to many other contemporary species.”

“Humanity’s challenge then is to influence the dynamical properties of the Earth System in such a way that the emerging unstable conditions in the zone between the Holocene and a very hot state become a de facto stable intermediate state (Stabilized Earth) (Fig. 2). This requires that humans take deliberate, integral, and adaptive steps to reduce dangerous impacts on the Earth System, effectively monitoring and changing behavior to form feedback loops that stabilize this intermediate state.”

RE WILDFIRE CARBON AND THE CLIMATE

As you know, I’ve been searching for answers to the question: will the record massive wildfires of 2018 release enough carbon to change the climate? I’m still digging on that, with more interviews to come, but this new paper by Steffen et al does say:

“In some terrestrial cases, such as widespread wildfires, there could be a pulse of carbon to the atmosphere, which if large enough, could influence the trajectory of the Earth System (29).” (pg 4)

SOME CO-AUTHORS OF THIS PAPER ON RADIO ECOSHOCK

Note of the co-authors we had Johan Rokstrom on Radio Ecoshock in February 2016,

I’ve run a speech by the famous scientist Hans Joachim Schellnhuber from the “Four Degrees or More” conference in Australia in 2011.

Did the hot tumultuous summer of 2018 present a new level of climate change? Who would know if we have left normal behind?

Bob Henson is a cross between a meteorologist and science writer. Among his five books is the popular college-level text book, “Meteorology Today”, written with Donald Ahrens. In his 24 years with the University Corporation for Atmospheric Research, which publishes Atmos News, Bob had the inside track for science. Henson wrote the 2014 guide book “The Thinking Person’s Guide to Climate Change“. Of course he’s also an admitted storm chaser and blogger at Weather Underground. When records are set, Bob Henson is keeping track. 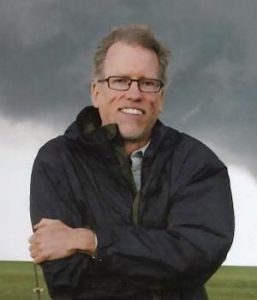 By the way, I realize listeners from the middle of America and the East are not worried about wildfires or drought. They are bailing out basements after floods and extreme rainfall events. “Flood season” used to be in the Spring, but now it is any time. I swear, we never saw flood waters running down streets in Pennsylvania or Ohio in August!

The rare appearance of a typhoon in Hawaii, with four feet of rain, is noteworthy. But the chain of typhoons striking Japan, including the latest violent storm seems exceptional to me. I can hardly imagine what people in Japan are going through, what they are thinking. But Bob Henson says this year may not be exceptional for Japan, beyond the heat. In 2004 they got 10 named storms! But when we add in the earthquakes and landslides, it’s been tough in Japan.

There are groups of scientists who worry about abrupt climate change – something unmanageable developing over just a few decades or less. In the U.S., The National Research Council had a Committee on Abrupt Climate Change, and the Pentagon has considered the implications of an abrupt shift, even as a remote possibility. I ask Bob for his opinion – but Henson thinks more about unrelenting and more gradual heating than an abrupt shift.

Here is my take: there are three ways to see the future of climate change. We have to separate out the gradualists, who talk about a ramp of heating and events, the staircase people, who see climate developing in steps, and a third group of scientists and bloggers, who fear a sudden jump in temperature – which has happened in past ages.

WHY THE TV SILENCE ON CLIMATE?

A recent report by the non-profit group Public Citizen found that during the recent heat wave, in 90 percent of articles about the recent heat wave, the largest 50 U.S. newspapers did not mention climate change. Another group, Media Matters, looked at coverage by the American TV networks. In the critical two-week period from late June to early July and found only one segment, out of 127 about the heat, only one mentioned climate change at all. The real story is missing in action don’t you think?

If we played a drinking game, taking a shot every time a TV weather person mentions climate change when talking about heat records or rain records, I’d be stone cold sober. Do you think the silences about extreme weather and climate change comes from the TV meteorologists, from local station management, or from the top network policy?

YOU HAVE TO EXPERIENCE IT FOR YOURSELF

A new poll in Britain shows that after the heat wave there, 72 percent of British adults are “very” or “fairly” concerned about climate change. The numbers always go up after heat waves or super storms. People have to experience it themselves, but can we wait until we fry to really change away from fossil fuels?

That’s it for this week. My thanks to supporters and everyone who dares to tune into these unpleasant truths. Please help support this program with your financial donation. The occasional donor and the die-hard fans who give $10 a month keep me in production, and enable the free distribution of this show, and all our past programs, free to the public. Choose your way to help here. 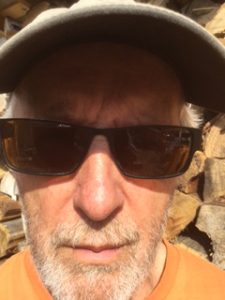 I’m Alex. May we all see less worse days ahead.