Has Your Doctor Told You?

Has your doctor talked to you about climate change? If that sounds strange, you need this program, because climate is the new tobacco. I’ll be talking with emergency physician Jay Lemery from Colorado, about his new book “Enviromedics”. Then we’re off to the UK, where Nicola Wheeler from the famous medical journal “The Lancet” explains their “Climate Countdown 2017”. But first, the grand-daddy of climate change science, Dr. James Hansen recorded at the COP23 climate conference in Bonn, Germany. Radio Ecoshock 171129

JAMES HANSEN AT COP23 – THE AWFUL TRUTH ABOUT CLIMATE CHANGE

Stuart Scott faithfully gathers the bright lights at every major climate conference. He’s from the United Planet Faith & Science Initiative. This press conference was in Bonn, Germany live from the COP23 conference.

One of the panel members was Dr. James Hansen, the scientist who warned Congress about global warming in 1988, and has led climate science ever since. He was not allowed to address COP23. But he spoke clearly and strongly at this extra event in November at Bonn.

In the full one hour Radio Ecoshock show, I also play a couple of snippets of the talk given at that conference by Pam Peterson, the Founder and director of the International Cryosphere Climate Initiative.

Imagine getting a diagnosis of cancer, but your doctor doesn’t tell you cigarettes are causing it and you should quit. Those days are over. Doctors spoke out about tobacco. But every year millions of people get sicker or die because of climate change. Where are the doctors saying climate change is a major illness?

That is one of many important questions asked by Drs. Jay Lemery from the University of Colorado School of Medicine, and Paul Aurbach from the Stanford School of Medicine. They just released an important new book “Enviromedics The Impact of Climate Change on Human Health“.

Note that Jay’s co-author Paul Aurbach literally wrote the book on wilderness medicine. In fact his seventh edition textbook on that just came out this year.

Just the table of contents of this new book “Enviromedics” seems daunting. There are so many impacts, from the obvious like heat stroke, to strange illnesses now arriving on our shores with insects and algae. And that started me wonder: Is climate change a sickness? 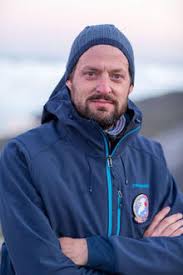 Jay Lemery is an actual emergency doctor, as is Paul Aurbach. They see patients in hospitals, at the bed-side, who would not have been there except for climate disruption. They think all medical students need training on the signs and symptoms arising out of climate change. Just as important, all practising doctors need to tune in to climate threats – and talk about climate with their patients. It doesn’t have to be political (although that might help). We just need to talk about climate risks, how to avoid them, how to treat the victims. We can’t pretend that climate change doesn’t threaten human health.

Jay brings up the example of the time when Physicians for the Prevention of Nuclear War told world leaders that a nuclear war is not treatable. It is a catastrophe well beyond any response. Now we see the similarities to where we are now with climate change. We hope doctors will organize to tell their governments that in the long run, climate change may not be treatable.

In the meantime, hospitals and other medical services need to prepare for adaptation. That might mean more generators (with an actual on-site fuel supply), more facilities to treat mass casualties during heat waves, better labs to detect the new insect-borne diseases arriving – all sorts of things. Does your nearby hospital have a climate plan?

When a doctor who sees people made sicker, or even dying, partly due to climate change – is it “radical” – or part of the Hippocratic Oath, to become a climate activist as well? Doctors have a lot or respect and power to help the whole community accept climate change.

If you want to dig deeper (before getting the book) – you can read a good review here from Stanford.  Also see Jay’s interview in JAMA explaining how we need to mobilize medical education to train the care providers of tomorrow to tackle these important issues.

Has your doctor talked to you about the health risk of climate change? According to the world’s leading medical journal, she or he should. It’s all in a big new report called The Lancet Countdown 2017. The British-based publication The Lancet has organized a global body of doctors, scientists, and public policy experts to calculate where we are now – where we are on the road to climate tragedy or survival.

Nick Watts from The Lancet agreed to an interview for Radio Ecoshock, but he was away at the Bonn Climate Talks. I tried to grab him right after – but got an email back saying Nick was in remote Nepal, with no phone connection. He recommended the Climate Countdown program officer Nicola Wheeler.

You can read “The 2017 report of the Lancet Countdown: from 25 years of inaction to a global transformation for public health” here (as a .pdf in your browser).

Here is one surprise from the Lancet report: despite the floods, fires and heat waves, there is no obvious increase in mortality. Nicola says that is because humanity is adapting. We know the signs of heat waves, and in many cities, set up cooling shelters for people who do no have air-conditioning. It’s common now in many countries, from India to Cuba, to evacuate coastal people before a super-storm arrives.

But the Lancet team warns: there is a limit to human adaptation. When we hit that limit, mass casualties will result. We have to do a lot of preparation now.

“Although there has been some recent progress in strengthening health resilience to climate impacts, it is clear that adaptation to new climatic conditions can only protect up to a point; an analogy to human physiology is useful here. The human body can adapt to insults caused by a self-limiting minor illness with relative ease. However, when disease steadily worsens, positive feedback cycles and limits to adaptation are quickly reached.

This is particularly true when many systems are affected and when the failure of one system affects the function of another, as is the case for multi-organ system failure or when the body has already been weakened through repeated diseases or exposures. The same is true for the health consequences of climate change. It acts as a threat multiplier, compounding many of the issues communities already face and strengthening the correlation between multiple health risks, making them more likely to occur simultaneously. Indeed, climate change is not a single-system disease but instead often compounds existing pressures on housing, food and water security, poverty, and many determinants of good health. Adaptation has limits, and prevention is better than cure to avert potentially irreversible effects of climate change.”

The report suggests despite some signs of climate action, we still face warming of 2.6 degrees to 4.8 degrees C by end of century. The first is a disaster, the second a catastrophe. And yet there are several very optimistic passages in the report, including in the conclusion, that seem to clash with those odds.

The 2017 Lancet Countdown report also suggests that low and middle income countries will be hit hardest. But that is partly because population is expanding in regions that are already climate-stressed.  More people are being born into a heat-stressed world:

THE WHOLE SERIES OF PAPERS, REPORTS ETC ARE AVAILABLE FROM THIS PAGE.

Here is another key passage from The Lancet, about how threats are organized.

“THE THREE PATHWAYS OF CLIMATE CHANGE AFFECTS ON HUMAN HEALTH

Direct effects are diverse, being mediated, for instance, by increases in the frequency, intensity, and duration of extreme heat and by increases in average annual temperature (leading to, for example, greater heat-related mortality). Rising incidence of other extremes of weather, such as floods and storms, increase the risk of drowning and injury, damage to human settlements, spread of water-borne disease, and mental health sequelae.

Ecosystem–mediated impacts include changes in the distribution and burden of vector-borne diseases (such as malaria and dengue) and water-borne infectious disease.

Oh, and by the way, the doctors also warn that “more than 1 billion people might need to migrate because of sea level rise caused by any ice sheet collapse.” There’s that.

The health care system itself is a huge source of greenhouse gases: “In 2013, the estimated US health-care sector emissions were 655 megatonnes CO2, which exceeded CO2 emissions in the UK.”

This is great report, almost like a medical-based IPCC summary. The Lancet is committed to a team of experts monitoring a wide-series of climate-driven health impacts – every year until 2030. Keep watching those annual reports.

Here is a simple action you can take to help the planet a little bit. Please send a link to this radio program to YOUR doctor. Or a link to one of the interviews linked above. Tell your doctor, climate change isn’t healthy for anyone. It kills.

Of course, I missed “giving week”, when people make charitable donations. Maybe it’s not too late for you to help Radio Ecoshock a little, if you can.

Thank you for listening to Radio Ecoshock. It’s my honor to serve you. Please join us again next week.