From U. of Arizona, Gary Nabhan growing in hotter drier times. Ecoshock correspondent Gerri Williams on getting out of town. From Boulder, Carolyn Baker on the flash floods. Radio Ecoshock 130918 1 hour. Plus Voices for Climate Change from Jamaica.

Ready for climate change? Ready or not, it’s here.

Maybe you are dreaming of leaving the city for a more sustainable life. We’ll talk with our Radio Ecoshock correspondent Gerri Williams about her adventure leaving Washington D.C. for the Mid-West. What does it take to really get out of town?

We’ll also touch base with Carolyn Baker, from her home in Boulder Colorado. That’s the scene of the latest amazing extreme rainfall event. Last year it was fire. This year floods.

Download or listen to Radio Ecoshock in CD Quality or Lo-Fi.

GROWING IN A HOTTER DRIER WORLD 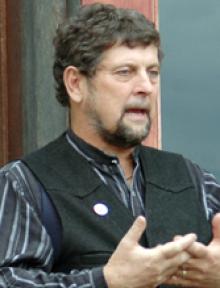 How can we feed ourselves as the climate becomes unstable? Let’s find out more with Gary P. Nabhan. Gary is a research scientist at the Southwest Center at the University of Arizona. He’s the author of the new book “Growing Food in a Hotter, Drier Land: Lessons From Desert Farmers in Adapting to Climate Uncertainty.”

Gary’s book about adapting to a hotter, drier world comes out of a combination of his writing and his own practical experience growing. He tells us about their experimental farm.

A few years ago, James Lovelock released a map of the world in 2100. It was based on climate projections made by the Tyndall Centre in the UK. Giant bands of deserts appeared around the world in the sub-tropics. Southern European countries like Spain and Italy became more like North Africa. China’s deserts expanded, as did the dry hot weather of the U.S. South West, and Mexico.

He hopes to see a network of grass-roots food producers sharing information about what plants survive extreme weather and climate the best. Part of that is ensuring the widest possible biodiversity. Nabhan suggests we could start by saving the hundreds of thousands of varieties of seeds and seedlings found in all the catalogs, before they disappear. We never know which we will need.

What kind of things can we do to adapt for food production in uncertain times?

The big issue in the Southwest is water. But that’s huge in northern India, the whole Middle East, and North Africa.

Gary Nabhan, did research in the Middle East. He raises the solutions used by farmers around an oasis in the desert. Air temperatures can be up to 140 degrees Fahernheit, and soil temperatures even hotter. And yet there are layers of plants, from the high palms or date trees, down through layers of shade and cooling, perhaps to low berries at the bottom.

That gave me some hope. We can grow food, if less of it, in a hotter world.

The Saudi’s were using lots of oil to desalinate sea water, and them pumping vast amounts into fields to grow their own wheat. That is hardly a sustainable path.

Sticking with the Middle East for a minute, it’s one of the world’s population hot spots. At least half the population are kids under 21. Can those countries feed themselves in the future without fossil fuel revenues? If we go off oil to save the climate, what happens to those places and peoples?

Gary Nabhan sounded the alert about seeds – not just farm seeds, but plants we need to stabilize the soil and the ecosystem. Gary co-founded a non-profit devoted to saving seeds. And we talk about the pollinators who help us produce fruits, nuts and vegetables.

I ask Gary about food forests. What are they?

One big problem that concerns me is when the temperature gets too hot for the needs of our food plants. Hot nights in the spring can prevent fruit setting, or the recent flash-drought in the mid-West reduced crop yields. How serious is this?

At what temperatures do plants stop growing and start dying? You’ll be hearing more about this on Radio Ecoshock.

Some scientists worry we could see a quick jump in temperatures. For example, flipping to an El Nino cycle could release more heat from the ocean, or we could get a methane burst from the Arctic. What would happen to our food production? Gary sees this as a real possibility, and a major risk which demands we become more prepared, if we can. His book can help.

And I ask Gary: What changes can we make as a society to help us get food production ready for climate change?

When you think of how deeply invested we are in agri-business, and the tools of the mid-1900’s, we have to consider some harsh questions. Do you think humans can avoid a period of mass starvation in the coming decades?

Extraordinary extreme rainfall events are popping up all over the world. The latest was an astounding dump of water and severe flooding in Boulder, Colorado.

“An all-time 24-hour record rainfall of 9.08” (as of 6 p.m. 9/12 MT–almost double the previous record) has deluged the city of Boulder, Colorado resulting in widespread flash flooding and the deaths of at least three people so far. 12.27″ has accumulated since Monday 5 p.m. (September 9th). Needless to say, these are numbers that surpass most tropical storm events. Other locations in the Boulder and Rocky Mountain Front Range have picked up over 11” of precipitation in just the past 24 hours.

According to the Western Regional Climate Center’s historical data set, Boulder’s former 24-hour precipitation record was 4.79” on July 31, 1919. The September record was 3.05” on September 4, 1909. Records began in October 1893 with some months missing.

Boulder is the most at-risk city for flooding in Colorado, due to it’s position. There have been at least a dozen major floods over the past 100 years. This was rated as a 1 in 100 year flood by the National Weather Service. Still, the rainfall was DOUBLE the previous record for 24 hours.“

And this wasn’t just Colorado. One place in the New Mexico’s Guadalupe Mountains got 11 inches of rain in 24 hours. Incredible.

“Devastating flash floods swept though numerous canyons along the Front Range of Colorado’s Rocky Mountains Wednesday night and Thursday morning, washing out roads, collapsing houses, and killing at least three people. The flood that swept down Boulder Creek into Boulder, Colorado was a 1-in-100 year event, said the U.S. Geological Survey. A flash flood watch continues through noon Friday in Boulder.

According to the National Weather Service, Boulder’s total 3-day rainfall as of Thursday night was 12.30″. The city’s record rainfall for any month, going back to 1897, is 5.50″, so this week’s rainfall event is truly extraordinary. Some other rainfall totals through Thursday night include 14.60″ at Eldorado Springs, 11.88″ at Aurora, and 9.08″ at Colorado Springs.

These are the sort of rains one expects on the coast in a tropical storm, not in the interior of North America! The rains were due to a strong, slow-moving upper level low pressure system to the west of Colorado that got trapped to the south of an unusually strong ridge of high pressure over Western Canada.

This is the same sort of odd atmospheric flow pattern that led to the most expensive flood disaster in Canadian history, the $5.3 billion Calgary flood of mid-June this summer. The upper-level low responsible for this week’s Colorado flood drove a southeasterly flow of extremely moist tropical air from Mexico that pushed up against the mountains and was lifted over a stationary front draped over the mountains. As the air flowed uphill and over the front, it expanded and cooled, forcing the moisture in it to fall as rain.“ 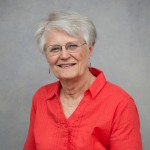 We just have time for a quick check in with a favorite Radio Ecoshock guest, Carolyn Baker from Speaking Truth to Power, based in Boulder Colorado. Carolyn is an experienced news person, with her own private need-to-know news service.

She was right at ground zero for this extreme rainfall event and reported as the rain continued to fall, with the number of dead and the total damage still unknown. We get a quick glimpse of this major weather event and tragedy for the residents of Boulder and Colorado.

Carolyn will be back next week. I think this extreme event is close to Hurricane Katrina in New Orleans for it’s local damage, but also the international implications. The Governor promises to rebuild everything. We’ll talk about what can be replaced, and what is changed forever.

Then we talk with long-time Radio Ecoshock and Earthbeat correspondent and volunteer Gerri Williams. Gerri has left Washington D.C. for the Mid-West. She left a job at a local college, with good roots into alternative agriculture. Why?

What does it take to leave the big city? Many of us dream about it. We’ll be hearing from those who do. Gerri does a great job of raising the difficult issues – both personal and social, involved in changing our lives toward sustainability and survival.

I should be out of Vancouver by October 1st. Radio Ecoshock will continue from the mountains.

We finish up with a bit of Jamaica. This climate music is from a You tube video posted by undpjamaicatv. It’s called Voices for Climate Change with various Jamaican artists, directed by Robin Chin.

Where Are We Really? Radio Ecoshock returns. →
← Extreme Rain and Climate Collapse
Comments