Can we return to the primitive? Miles Olson on personal rewilding. Asoka Bandarage on “middle way” out of collapse. Organic grow and cook with Barbara Damrosch of Four Season Farm. Radio Ecoshock 130612 1 hour

I’m Alex Smith Welcome to a mixed bag of greens this week. You’ll hear Sri-Lankan-American author Asoka Bandarage’s solutions for collapse, plus a classic conversation from the four seasons garden to your dinner table, with one of America’s best known organic growers, Barbara Damrosch. But first we try to escape from the voices of society, with author and “professional dropout” Miles Olson, from the Mother Earth News Fair. 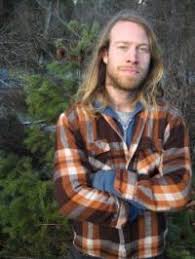 The following description is blatantly stolen from the Mother Earth News Fair blurb, for June 1st & 2nd in Puyallup, Washington.

Miles Olson is an author, teacher and “professional dropout” who has spent the past decade living in the woods of Vancouver Island. His experiences have put him at the forefront of the rewilding movement and given him a unique perspective on the relationship between humans and wildness.

If you do, it’s just as hard to come “back”. The traffic and structured chaos of cities can feel so un-natural. Miles chose to develop a homestead “squat” outside a town on Vancouver Island, with a few like-minded people. He didn’t get the standard job and house. Yet somehow he wrote the book “Unlearn, Rewild: Earth Skills, Ideas and Inspiration for the Future Primitive” from New Society publishers. 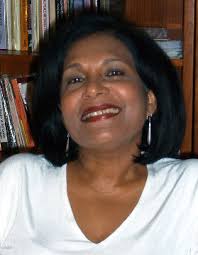 You know our environment, species, climate and economy are flirting with collapse. It’s global, and needs global eyes. Last week we played a reading by Asoka Bandarage. Now it’s time to speak with her.

Is it possible we could be organic, solar-powered humans, and still destroy the ecology of the world? Is there an inner destructive force we need to examine, and change, in order to evolve, or even to survive?

Asoka Bandarage is the author of the new book, Sustainability and Well-Being: The Middle Path to Environment, Society and the Economy published by Palgrave MacMillan.

Asoka Bandarage (Yale Ph.D.) is the author of numerous publications in the fields of global political economy, environment, population, women’s studies and peace and conflict resolution. She is a college professor and has taught at Brandeis, Mount Holyoke, Georgetown, American and other universities. She has published several books, ranging from an expert analysis of the recent civil war in her native Sri Lanka, to a wide-ranging view of women in the population crisis. She also writes for the Huffington Post.

We know little to nothing about Sri Lanka, other than it is near India, was called Ceylon, and suffered both a tsunami and a civil war. For example, did you know that agrichemicals have caused widespread cancer in farm workers in Sri Lanka. Asoka tells us the same disease and death befalls farm workers in other parts of the world, including Central America. The chemical companies and the governments know very well what causes these cancers. Some toxic pesticides banned in North America and Europe are still used in developing countries, sprayed right on workers while they toil in the fields. What choice do they have?

But Asoka Bandarage draws from the Buddhist traditions, finding a way balanced between over-consumption in the industrialized countries, versus the under-consumption of the billion or more very poor people on this planet. No, this isn’t the vision of rampant capitalism, or even the “liberal” reports from the United Nations. From her years of experience teaching, travelling and writing – Asoka brings her own unique voice to our global crisis.

Learn how to grow and store a year-round produce supply. Find out how to raise food without much time, work or garden space, and discover what Barbara Damrosch has learned about bringing that food to the table. In the kitchen she follows the same motto she follows in the garden: If it’s complicated, you’re doing it wrong.

Barbara Damrosch, called the “queen of organic growers” by The New York Times, is one of the nation’s most respected garden experts and writers.

She is the author of Theme Gardens and The Garden Primer, and writes a weekly column for The Washington Post called “A Cook’s Garden.” She appeared as a regular correspondent on the PBS series The Victory Garden, and co-hosted the series Gardening Naturally for The Learning Channel.

I felt an immediate bond with Barbara. She’s a very intelligent woman who has trained her brain on growing things, eating and living on what she grows, and then communicating the whole experience in ways that we can use. That is so valuable, she is nationally and internationally recognized.

We talked about their new project, their first cookbook. It’s called “The Four Seaon Farm Gardener’s Cookbook“. Really it’s half a how-to-grow-it manual, followed by excellent recipes for preparing and enjoying what you grew. I’ve got a copy, and it’s a keeper for sure.

During the interview, I raise the problem of busy people trying to grow food and prepare it well. Do we have time really? Barbara was all over that.

She gave us a few tips, ready for her presentation at the Mother Earth News Fair – on how to cook the fast way. I also like her perspective on using different recipes to keep eating the same crop when it comes in – like three or four weeks of asparagus. It’s really living on what you can grow, in season.

My thanks to the Mother Earth News for arranging some great interviews at their recent fair in Puyallup Washington. There’s plenty more for you, in coming shows. I met such unusual and productive people. Even when I had doubts, every guest brought a surprise, a new perspective you’ll want to hear.

My special thanks to all the listeners who donated at our blog or web site, so I could afford to get my recording gear to the Fair. I literally couldn’t have done it without memberships and donations from listeners like you.

I had access to a Fifth Wheel type trailer, parked right outside the main pavilion on the Puyallup Fair Grounds. I did interviews every hour, with feature presenters, all day. It was amazingly quiet inside this mobile studio – producing radio quality audio with the crowd right outside! Of course it was all solar powered radio, with the 120 Watt solar panel on the roof providing more electricity than I needed. There are four six volt batteries to store the sun’s power.

Will Humans Go Extinct Soon? →
← Growing the Life You Want To Live
3 Comments