Climate: On the Road to Extinction?

Are we on the road to climate extinction? Dr. Guy McPherson lays out the case in this speech at Bluegrass Bioneers in Kentucky. Then the World Bank says “Turn Down the Heat”. Daphne Wysham on their coal addiction, and Olivia Maria Serdeczny from the Potsdam Institute in Germany, authors of the report for the Bank. Is collapse our best way out of a Hellish future? Radio Ecoshock 121205

INTRODUCTION TO THIS PROGRAM

Even the World Bank, which funded plenty of big coal plants, admits we are headed for a world 4 degrees Celsius, or 7.2 degrees Faherenheit hotter. We’ll talk with Olivia Maria Serdeczny from the Potsdam Institute in Germany, authors of the report for the Bank.

But first, I’m going to toss you into the deep end. If our recent broadcast of Kevin Anderson of the Tyndall Institute shocked you, Dr. Guy McPherson will blow you away. I’m not so sure our industrial system will collapse anytime soon, but I fact-checked everything McPherson said about escalating climate change. He’s got it right. You need to hear this.

At the Bluegrass Bioneers conference in Louisville Kentucky November 2nd 2012, Guy gives us the no-holds barred assessment of what we we’ve been told, and what we haven’t, about the developing wreck of Earth’s climate. His “good news” sounds pretty bad, but it’s better than extinction. I hold my notes and comments to the end of the speech. 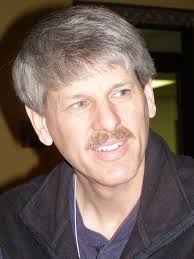 His web site is guymcpherson.com

His book is “Walking Away From Empire“.

I did a full Radio Ecoshock interview with Guy last June. Our June 19, 2012 show with Guy is titled: “Still Walking Away from Empire”. Read that show blog with links here.

FIND MY 11 PAGES OF DETAILED AUDIO NOTES, WITH FOLLOW UP LINKS

I know there are a lot of communicators listen to Radio Ecoshock. I’ve had email from dozens of print journalists, bloggers, radio hosts, TV producers, film-makers and general social media trouble-makers. So go ahead, dive into those McPherson notes – there are a half dozen big stories in there. Anyone can get an education following up on the reports and sources McPherson gives us in this talk.

THE SCIENCE OF COLLAPSE AND CLIMATE CHANGE

Guy referenced a scientific paper in the prestigious journal “Climatic Change” by Dr. Timothy Garrett from the University of Utah. The title is “On the coupled evolution of inflation, wealth, and atmospheric concentrations of carbon dioxide.”

Watch a You tube video version of one Garrett interview here (prepared by Khalid Hassan of Outfield Productions in Pakistan).

In a Radio Ecoshock interview on November 19th, 2010 – Professor Garrett says his research showed only a big economic collapse could save us from the worst of climate change. Here is a transcript from that interview:

“Alex: This is Radio Ecoshock. I’m Alex Smith with Dr. Timothy Garrett, an atmospheric scientist, from the University of Utah.

I’d like to get to the conclusions of your new paper. Based on our past records of energy use and wealth, what does your model show as possible futures?

Garrett: Well, in fact, this was actually stimulated by our past conversation. In my first study, I showed that carbon dioxide emissions and wealth were intrinsically coupled. Without actually decarbonizing the economy by switching to renewables, or nuclear power, at an extraordinarily fast rate, you cannot have wealth without having carbon dioxide emissions. The two go together.

And in fact, since 1970, the relationship between the two has been very, very tightly fixed. Now, that would seem to have implications for the future. Because carbon dioxide emissions accumulate in the atmosphere.

As carbon dioxide emissions accumulate in the atmosphere, some fraction goes into what we call “sinks” in the oceans and the land, but about half of what we emit accumulates in the atmosphere. That is going to create an ever increasing pressure on civilization.

By eating away at civilization’s wealth, global warming will actually reduce our capacity to emit carbon dioxide. So there’s actually what you would call in Physics a “negative feedback.”

So our wealth is emitting CO2, CO2 accumulates in the atmosphere, and then feeds back on our capacity to produce new wealth.

Eventually one could imagine that civilization would enter into a phase of collapse because the carbon dioxide levels are so high, that we are simply unable to produce new goods, without them being destroyed by global warming.

And at that point, perhaps, emissions would go down. Eventually, if civilization collapsed fast enough, then perhaps carbon dioxide levels would be stabilized.

Now you asked me last time, what would be required to keep carbon dioxide concentrations at 450 parts per million. And that’s normally what’s considered at a dangerous level, let’s say during the Copenhagen Accord.

And I made a guess that it would require actually flat out civilization collapse. Based on some preliminary work that I did, and I decided to look into this more deeply. I actually wrote a second paper, where it turns out that it true.

Not only would we have to have civilization collapse starting very soon, like within the next decade or so. But we would also have to have extremely rapid decarbonization, in order to keep carbon dioxide levels below let’s say 500 parts per million – twice pre-industrial levels.

In order to keep them below 1,000… Well, without civilization collapse let’s say we have continuing health.. let’s say the civilization is very resilient to global warming…then carbon dioxide levels are going to go extremely high by the end of this century – probably above 1,000 parts per million.

You think about 1,000 parts per million, that’s probably – it depends on what the climate sensitivity really is – but that’s something along the lines of 5 degrees Celsius warming at least.

And when we think about 5 degrees Celsius warming, people who are familiar with this, usually start bringing up highly catastrophic scenarios.

In other news, the World Bank has released a new report about climate change. It warns we are heading to a world hotter by 4 degrees C. or 7.2 degrees Fahrenheit, by the year 2100. In fact, as we’ll hear in our next interview from the Potsdam Institute in Germany, on our current course of emissions, it might even get that hot by 2060.

That would be devastating, for humans, for our civilization, and for all the creatures on the planet who have evolved to live in the Holocene era, between the great ice ages. In some places, what was a normal summer will become a normal winter. Cities by the sea, like New York, London, and so many others in Europe, China and India will be regularly flooded, if not partially abandoned, due to rising seas.

The great Amazon Rainforest would disappear, along with the coral reef that nuture so much sea life. It’s ugly. The report is titled “Turn Down the Heat: Why a 4 degree warmer world must be avoided.”

Let’s begin with a regular Radio Ecoshock contributor, Daphne Wysham, this time on Aljazeera TV November 30th, 2012, just as the report was released by the World Bank. American listeners of course cannot get this information on TV, due to state or big corporate censorship. The program is “Inside Story Americas” with host Shihab Rattansi, broadcast on Aljazeera TV November 30th 2012.

Both host Rattansi and guest Daphne Wysham (from the Institute for Policy Studies in Washington) outline the many cases where the World Bank funded coal plants, including in Kosovo, South Africa, and India (including the giant Tata Mundra project which is having serious problems.)

The World Bank is ostensibly a public bank, funded by taxpayers in many countries. It is not a private corporation. Until recently, it has been difficult to calculate the billions spent by the World to support fossil fuel projects. According to the Guardian newspaper of November 20th, 2012 – the second largest development bank funding new coal plants is the World Bank, which has advanced $5.3 billion dollars for coal plants in developing countries. It turns out that number is way low.

“I actually UNDERestimated how much the Bank has spent on fossil fuels over 20 years [in the Aljazeera interview]. I found this out from a story coming out at Thenation.com. The total over 20 years is $48.8 billion, NOT $20 billion as I said on Al Jazeera. That’s a huge difference!“

Read more in this Aljazeera report, complete with a 25 minute video of critics and defenders of the World Banks’ fossil fuel record. (Like a criminal record).

The Aljazeera article tells us…

According to the Bank Information Center, a watchdog group, in 2010, the World Bank’s funding for fossil fuel projects hit an all-time high of $6.6bn – that’s a 116 per cent increase from the year before. Most of those loans went towards coal.

In Kosovo, the bank is financing a coal power station, which will use brown coal, the most polluting sort. The plant will increase the country’s carbon emissions up to 400 per cent.

RESOURCES ON THIS WORLD BANK REPORT

Now it’s time to hear from the Potsdam Institute, who wrote the report “Turn Down the Heat”.

Read the report from the Potsdam Institute and the World Bank as a .pdf here. 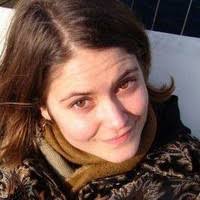 Our guest Olivia Maria Serdeczny is a research analyst for Professors Schellnhuber and Rahmstorf, at the German Advisory Council on Global Change to the Federal Government there. Olivia was part of a team producing the report “Turn Down the Heat: Why a 4 degree warmer world must be avoided.” That’s from the Potsdam Institute for Climate Impact Research, released in November 2012. It was written for the World Bank.

Seasoned reporter Chris Hedges did a brilliant piece on this World Bank report, titled “Stand Still for the Apocalypse” at Truthdig.com November 26th.

How about this quote from an Ars Technica assessment:

The World Bank had plenty or warning. European Greens and American activists all cried foul when public money was used to build giant coal plants in Kosovo, South Africa, India and more – even as clean energy was ready to go. Now with a new President, Jim Yong Kim, at least the World Bank is asking what might happen.

It’s part of a tide of major institutions that have backed the fossil fuel bubble. Now some begin to admit climate disaster can be the result. We’ll see if there is any major change in World Bank funding, or if it’s already too late.

Radio Ecoshock has been blaring the bad news about climate for the past many shows. But there is a little good news coming. It turns out there are plenty of inventive people all over the world trying out new solutions. Before this month is out, you will hear a lot about ways we can change toward survival.

I’m Alex. Please turn your friends on to our broadcast, and our web site at ecoshock.org. And please support Radio Ecoshock with your donations if you can.

Thank you for listening again this week.

The C.I.A., Nigeria and Germany →
← Victory Gardens Past and Future (with LaManda Joy)
14 Comments