COPPING OUT Of Climate Action

Please notice there is no advertising on this site. Nothing pops up to disturb your reading. I don’t collect anything about you. I do ask for your financial support to keep this work going, and to keep this weekly radio show free for people all over the world. Find out how to support Radio Ecoshock here.

If we don’t help emerging economies avoid fossil fuels, this civilization will crash over the climate cliff. At COP26 last year, a trial plan was agreed. But somehow, the green has turned to black. To get the inside story, we go to Dr. Patrick Bond, Professor of Sociology at University of Johannesburg in South Africa.

Born in Northern Ireland, for Patrick it was high school in Alabama, a degree from Wharton and a Doctorate at Johns Hopkins. Bond worked for social justice in Philly and D.C., and then the big battle for civil rights in South Africa. He played a role advising the new South African government of Nelson Mandela. Before I looked into Patrick’s bio, I thought he was a lawyer, or an eco-activist, or an economist. He is all of that and really an educator.

The last time we talked with Patrick on Radio Ecoshock was November 2011, during what we called the “Durban Conference of the Polluters”, or COP17. Now exactly ten COP’s later, emissions are rising higher than ever. We talk about Patrick’s expectation and the under-reported extreme climate events hitting Africa this year.

DURBAN Conference of the Polluters

In this new interview, we begin by talking about Patrick’s recent time in the country of Mauritius, an island country in the Indian Ocean, 1100 kilometers east of Madagascar. Like all island nations, the people of Mauritius face the threat of rising seas – even though they have contributed practically nothing to global greenhouse gases. This year they faced ship-wrecks leaking oil on to amazing tropical beaches. Patrick tells us about a home-made protection to keep the oil off, developed in this socialist society.

Mauritius, jewel of the sea.

In South Africa it is “rain bombs” – extreme rainfall events that washed away people’s homes and lives. Of course there is social inequity as well, in who gets wiped out, and who carries on. Western countries who polluted the atmosphere will not help rain bomb victims.

Countries all over the world are still industrializing with fossil power. With climate disaster gaining on us, the global North must find a way to help with clean renewable energy. South Africa is a renowned coal mining country. Most of their electricity comes from coal power plants. So a group of wealthier countries decided on South Africa as a pilot for a “Just Energy Transition Partnership”.

“When the COP27 opens on November 6, a high-profile climate finance deal will be signed by climate policymakers from Washington, London, Paris, Berlin, Brussels on one side, and from Pretoria and parastatal electricity firm Eskom’s Johannesburg headquarters on the other. On October 19, South Africa’s Cabinet approved – and the Presidential Climate Commission endorsed – the deal, but details are still murky.

In Glasgow a year ago, Western leaders had promised $8.5 billion for a Just Energy Transition Partnership (JETP) that would serve as the world’s decarbonization model. Since then, the concept has taken root in Indonesia, Senegal and Vietnam – although Indian negotiators are reportedly opposed to the emphasis on cutting coal.

Since then, persistent delays and non-transparent processes mean crucial details have been hidden from the view of both South Africans and Western taxpayer contributors to the JETP.”

He has a few questions.

The test case in Africa is not going well for a variety of reasons. South African energy provider ESKMO is still building new coal power plants, despite a lot of protests. Patrick tells us about climate activism in South Africa never reported in Western news outlets. At least that is a breath of fresh air. Read Patrick’s recent co-authored article “How Not to Offer Climate Finance” as published at counterpunch.org.

The whole idea that countries wealthy from fossil fuels are going to add trillions more dollars to the national tax debt of nations already damaged by climate change is so harsh. Rising interest rates makes it even more punitive. Then we have many currencies crashing against the U.S. dollar.

Hardly a week goes by without a mainstream article touting the promise of oil and gas development in Africa. North Africa is already roasting with unbearable heat. The Horn of Africa starves in drought. Will we do it? Will we commit climate suicide, taking the elephants and lions down with us? Patrick replied “suicide” is the wrong word. For Africans, it is murder. Our continuing addiction to fossil power leads to early deaths for millions of Africans. Most have not benefited from oil, gas, or coal. Some are not connected to the grid and do not drive around in cars and trucks, much less fly. But they pay with their livelihoods, their homes, or their lives.

At the last COP in Glasgow 2021, over a hundred countries pledged to slash methane emissions by a third by 2030. Methane, also called “natural gas” is around 80 times more powerful as a greenhouse gas than carbon dioxide, during its first ten years in the atmosphere. Methane has been steadily increasing way beyond pre-industrial levels. Some scientists estimate methane is causing up to a third of global warming – all the extreme weather and other impacts. If we don’t control methane – and reduce the amount in the atmosphere – we are toast. 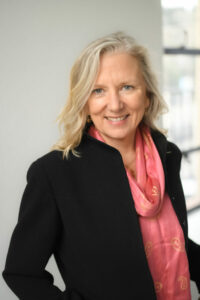 Daphne Wysham is known to some of our listeners as the long-time host of Earthbeat Radio, the syndicated environment show broadcast over Pacifica for years. She was a Greenpeace campaigner before that. Daphne went to the methane cause, becoming CEO of the non-profit methaneaction.org. We recently ran a presentation by her Sir David King from the UK on scary news about Arctic methane. And we ran a full-length feature interview with Rob Jackson in October 2021 where he explained the need and chances to capture methane back out of the atmosphere. It is still an important interview.

How To Live With Scary Climate News

In this interview, we get Daphne’s quick take on COP27 and some methane news coming from it.

Separately, I received a press release announcing a new tool where all of us can see what companies and industries are spilling methane into the sky. It reads:

“One of the biggest announcements to come from this year’s meeting was the announcement that the UN will launch a public database of global methane leaks detected by space satellites and could cut methane emissions by 30%. Spotting the methane from space is only the first step, the ability to zoom in and pinpoint the leak on site, even down to the valve is where Google Cloud and mCloud’s new sustainability apps come in.”

From the COP27 climate conference in Sharm El-Sheikh Egypt, Paul Beckwith reports in. Paul is a Canadian climate system scientist and the largest single science video provider on YouTube. He posted some cool YouTube video tours of COP and places like the Glaciology Pavilion.

But Paul, and groups like FacingFuture.tv, have a lot more videos to process after the conference, which are going up on YouTube as we speak. You can find a wealth of alternative voices not reported by television news and other mainstream services. You may even find your own thoughts there. Find Paul’s YouTube channel here, or get (free) access through his web site here (although I find his YouTube channel has the latest… Paul has a wide range of interests as a scientist, so I follow his Twitter feed and find it a useful source.

JEM BENDELL – IS IT DARK, OR JUST REAL?

As kind of resident climate scientist, Paul was on all seven of the panel presentations from the Climate Emergency folks at the COP. One presenter was Dr. Jem Bendell. Jem is a well-known sustainability expert, hired by governments and presenting keynotes at major conferences. Then after a deep-dive into climate science, he became critical of academics putting a bright face on coming disasters. At this COP, Bendell released new statistics showing the denialist hashtag #ClimateScam went from 3,000 Tweets a month to almost 100,000 monthly posts, just in time for the climate conference. #ClimateJustice lags far behind. Find a transcript of Jem’s speech at COP27 here.

Rebel Against the Crash

Here is a listing of the programs produced and presented by the Climate Emergency Forum at COP27 in the Luxor room located in Zone B of the Sharm El-Sheikh International Conference Center. For example, this one: “Nov 13, 2022. Eco Grief   Join Dr. Peter Carter, Paul Beckwith and Regina Valdez as they discuss the topic of Eco Grief, the feeling of deep sorrow that many of us experience when we learn about what’s happening to our planet . . .”

WHAT ABOUT NEXT WEEK?

Next week we get to the reviews of this COP, including prominent Greens who say it is time to give up on this failing process and move on (somehow). We also hear harrowing news: fossil fuel companies and nations have already announced enough new energy projects to kill off this civilization, and possibly our species. Katrin Ganswindt from the German enviro group Urgewald joins us.

We also have an update on the fall of the ice- world – the 2022 Cryosphere Report – with the eminent American glaciologist Julia Brigham-Grette. Spoiler alert, there is more sea and less land in your future. Join us again next week, for more Radio Ecoshock.

I’m Alex Smith. Thank you for listening (and reading!) – and caring about our world.