It is 37 degrees C. – 98 Fahrenheit outside my studio. Tunis, the capital of Tunisia is 49 degrees C, or 120 degrees F. It is 120 degrees in Sicily too, which may be an all-time European heat record! This is a good time to call the lead author of new science published July 26, 2021: “Increasing probability of record-shattering climate extremes”. Dr. E.M. Fischer is permanent senior scientist at ETH Zurich in Switzerland. He leads research into climate extremes. Erich is also a Lead Author for the very latest report from the Intergovernmental Panel on Climate Change Working Group 1, released August 9th in Geneva.

KEY POINT in the interview:

The changes of record-shattering extremes “depends on warming rate, rather than global warming level”.

If we ask for near-term predictions for climate, we can do no better than the latest summary just released by the IPCC. Erich Fischer, you are Lead Author for Chapter 4 of the AR6 report just released. That Chapter is titled “Future global climate: scenario-based projections and near-term information.” Now scientists have more confidence in projecting near-term climate change in the next 20 years, and even some warnings for specific regions.

Previously scientists warned we should not cross 1.5 degrees of warming, relative to the period 1850 to 1900. In 2013, when the last Working Group I report on Physical Science came out, the goal was to avoid 1.5 C warming before 2100. Then it was 2040. This report finds we will cross that danger line in the 2030’s, pretty well no matter what we do. 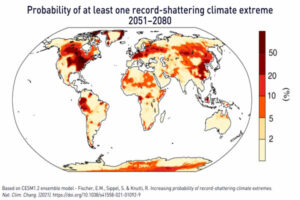 A few years ago, there were Four Degrees and Beyond conferences at Oxford and Melbourne. I ran some speeches, including by veteran German scientist John Schelnhuber. According to these new results, apparently accepted by all 195 member countries, it is possible to get to four degrees C warming and beyond in this century.

The Working Group report from the physical sciences only comes out every few years. Both science and events are moving much faster than that. Why can’t we get a full-time, fully-funded global organization to gather and report in real time, on the largest single threat ever faced by humanity?

Another climate scientist from ETH Zurich, Professor Sonia Seneviratne, questions whether she would again join the hundreds of volunteer scientists who gather evidence for IPCC reports. Canadian climate scientist Andrew Weaver told Radio Ecoshock listeners we do not need more climate science. We need climate action. He joined the Green Party and was elected.

Being a climate scientist now is a little like being a nurse in the COVID-19 ward.

We are starting to treat people who could have avoided this climate illness with known means, but chose not to.

YOU TUBE RECORDING OF PRESS CONFERENCE

Has the IPCC outlived its usefulness? Governments are not listening, or at least not acting. Australia wants to expand coal and gas exports, the Canadian government bought and is building a tar sands pipeline no private company would touch; several Middle East countries including Iran pledge to increase oil and gas production; even the UK, which heads the COP26 this year, just added to government revenues by selling off more offshore oil and gas exploration leases.

There are buildings full of expert staff for almost every disease and cause. But we the world’s can’t afford a full-time climate science institution and paid staff? We have no one watching out for us in real-time. Each country pretends they have their own climate. The consensus is watered down until climate disaster arrives. Are the scientists who volunteer for these IPCC assessments asked to run their results by any governments or other approval bodies before publishing? Does science need consensus to publish reports for the IPCC? Like with Saudi Arabia having to approve? Yes. Dr. Fischer confirms that in our interview. 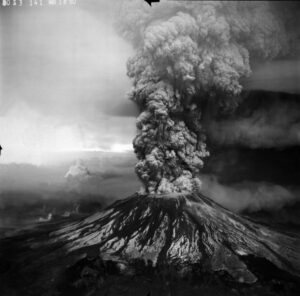 There is a special insert in this AR6 Working Group I report, to cover a long-shot possibility that could change our climate future: volcanoes. The report says:

“It is likely that at least one large volcanic eruption will occur during the 21st century. Such an eruption would reduce GSAT for several years, decrease global-mean land precipitation, alter monsoon circulation, modify extreme precipitation, and change the profile of many regional climatic impact drivers. A low-likelihood, high-impact outcome would be several large eruptions that would greatly alter the 21st century climate trajectory compared to SSP-based Earth system model projections.”

If you want to dig deep into the volcano possibility, which may or may not occur, here’s the science:

Given the unpredictability of individual eruptions, volcanic forcing is prescribed as a constant background loading in CMIP6 models (Eyring et al., 2016). This means the effects of potential large volcanic eruptions are largely absent from model projections, and few studies have addressed the potential implications on century warming. One study considered future scenarios with hypothetical volcanic eruptions consistent with levels of CE volcanic activity (Bethke et al., 2017) under RCP4.5 and found that climate projections could be substantially altered (Cross Chapter Box 4.1 Figure 1). Although temporary, close to pre-industrial level temperatures could be experienced globally for a few years after a 1257 Samalas-sized eruption. Several other key climate indicators are also changed substantially, consistent with evidence from past events.

(Bethke et al., 2017) suggest that an eruption early in the 21st century could delay the timing of crossing 1.5°C global warming by several years. Clustered eruptions would have substantial impact upon GSAT evolution throughout the century (Cross-Chapter Box 4.1 Figure 1), and could have far-reaching implications, as observed for past eruptions. For near-term response options, decadal prediction models can update 21st-century projections once a volcanic eruption occurs (Timmreck et al., 2016).”

MAYBE A GIANT VOLCANIC ERUPTION CAN SAVE US!

(or at least buy ten years to a century to develop solutions)….so no worries, right? Counting on a volcano, or the arrival of a small comet from outer space is not really a plan, since the main projection shows Earth warming well beyond not just our comfort levels, but perhaps beyond human survival.

Please help me keep this program going! You donation, large or small is truly helpful. I provide Radio Ecoshock shows free of charge and advertising-free to 104 non-profit radio stations in the U.S., Canada, UK, and Australia. It goes out to listeners in over 75 countries weekly by podcast and downloads. This critical news and science needs your help.

What did two of the worst, hottest, fieriest years have in common? In 97/98 and 2010, peat fires were smoke bombs and carbon bombs. We are going to get a sneak peak from a new book by Canadian author Ed Struzik. Ed’s previous book seems pretty on topic too: “Firestorm, How Wildfire Will Shape Our Future.” Struzik is an award winning science journalist and a Fellow at the Institute for Energy and Environmental Policy at Queen’s University in Kingston, Canada. 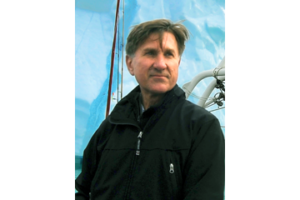 Think of the gorgeous landscapes and beloved homes burned in more than half a dozen Mediterranean countries this summer. Northern Algeria is the latest to suffer deadly forest fires. That means a lot of nature lost for now.

In a July 5th article, in the West Coast publication The Tyee, Struzik claims we are on the brink of a “runaway fire age”. I ask what leads him to that conclusion.

Nobody wants to live in a swamp, except hordes of insects. Ed Struzik finds these lands are crucial to our ecological and climatic future. Normally, swamps and wetlands help contain large fires. But that is changing. It is possible peat lands and swamps could help determine how much suffering humans will endure in coming decades? 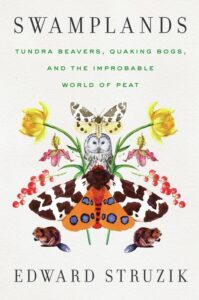 In an email to me, Ed says of his new book:

“Swamplands, Tundra Beavers, Quaking Bogs and the Improbable World of Peat, which comes out next month and my last book, Firestorm, How Wildfire Will Shape Our Future. The new book looks at the relationship between peat lands – bogs, fens, swamps and marshes – and fire. When they are in good shape, they are a firefighters best friend\. When they’re degraded, as they are becoming, they are a nightmare because no amount of water or fire retardant can put them out. In some cases, a tropical storm can’t do it. We’re seeing more and more of these fires on the landscape.”

NOAA, the U.S. Oceanic and Atmospheric Administration said the strong El Nino of 1997/98 was a significant “change point” in climate history. Peat lands in Indonesia caught fire, or they were drained and set on fire to make green energy palm plantations. Those fires created toxic air and health problems throughout Southeast Asia. Great Indonesian forests, home to exotic species, released a burst of carbon and warming for the whole world. Peat marshes in Russia were also been drained. When they caught fire in 2010, Russia and the world experienced record heat waves and hundreds of deaths. Why is peat the X-factor in a high fire world?

Ed has an earlier book from Island Press: “Future Arctic, Field Notes from a World on the Edge”.

Watch for the coming release of Ed’s new book “Swamplands, Tundra Beavers, Quaking Bogs and the Improbable World of Peat”.

ALEX: NEWS FROM THE FRONT

The seven week extreme heat wave has ended around our little home, for a few days at least. We saw the first real rain since April. While hundreds of wildfires still burn out of control in British Columbia, the smoke cleared today, the first normal day in two months.

The news is much worse in Oregon and Northern California where hundreds of homes have burned. A small village called “Grizzly Flats” has burned and fire is racing toward the city of Susanville, population 15,000. The drought in the American West has reached new lows, with the first-ever call-back of water rights on the Colorado River. The great River is a shadow of it’s former self. Farmers in Arizona will be the first to have their water shut off. We do not yet know what the impact on food prices will be from this terrible drought.

Like a squirrel preparing for winter, I’m busy canning fruit and bringing in the potatoes. I have a couple of dynamite past interviews lined up for next week, while preparing new guests and hot topics for the kick off new season of Radio Ecoshock in September.

As always, thank you for listening, and caring about our world. Please pass on this blog and show as far as you can.