Extreme Weather: How Are The Kids Doing?

With shocking extreme weather, how are the kids doing? Climate change is leading to stress in children similar to PTSD. Dr. Betty Lai has been studying that for a decade of hurricanes and bushfires. Then Ecoshock gets the real dirt with soil strategist Didi Pershouse: poor soil, poor food, equals poor health for all of us.

Scroll down for my YouTube video interview with Didi Pershouse.

Children will inherit this climate-damaged world. How are they coping with the record disasters already hitting so many countries? A new study gives us clues. The paper “Trajectories of Posttraumatic Stress in Children after Natural Disasters” looks at school kids in the U.S. where four major hurricanes wrought havoc. The lead author of is Betty Lai, Assistant Professor in Counseling, Developmental & Educational Psychology, at Boston College in Massachusetts. Betty has been working and publishing on this key question for more than a decade. 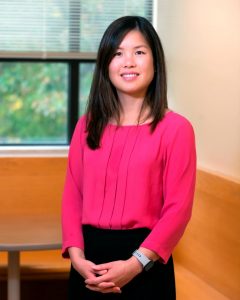 It is surprising and disturbing this survey of over 1700 school kids in areas hit by four big hurricanes found younger children can be more deeply impacted that teens. Betty Lai tells us younger kids have fewer life experiences as a frame of reference and less developed emotional structures to handle the shock.

Also important, when adults are asked how their kids are doing after the storm, their answers tend to reflect how those adults are doing. The children report different states and symptoms when asked. So ask the kids directly and listen, rather than assuming parents know how they are doing.

Psychologists are now calling these stress impacts PTSS – Post Traumatic Stress Symptoms, instead of PTSD, the “disorder” which the public knows.

Many children already feel unsafe with food insecurity, housing insecurity – if they are not already homeless. Kids may lack medical care, and so on. We talk about the ways extreme events affect disadvantaged kids when a catastrophic hurricane strikes. We agree “climate change is not fair.” Following hurricanes in Florida and Louisiana, people of color and Latinos suffered more after effects, had less resources to deal with losses, and little access to counseling that could have helped.

Should help with climate-driven stress come from the home or school? Dr. Lai tells us about a program that offered absolutely free counseling for children after a hurricane in Louisiana. Few people came. When the same program was offered through schools there was voluntary participation was over 90%. Schools work, although this becomes more difficult when classes are remote during a pandemic.

Most children are resilient enough to recover fairly quickly following a catastrophic event. But about a third struggle with mental impacts. They may choose a different route to school for example, to avoid reminders of the storm, fire or flood. About ten percent of kids could be changed for years or even for life, with lasting psychological problems that could lead to self treatment with drugs or alcohol years later.

Ten percent of disaster-hit kids with PTSS sounds low, but not when tens of millions of people are affected by a large event like a very large hurricane. Now we are talking about thousands of children who need help.

Betty Lai says school counselors can be overwhelmed by the need, handling only the most needy cases while other kids slip below the radar. Education budgets have not kept up with the goal of providing adequate school counseling, until the case load for each counselor may be in the thousands – an impossible job. As climate change continues to bring more extreme disasters of all kinds, Dr Lai says we need to beef up the budget for counselors in schools.

It is not just hurricanes. Radio Ecoshock also broadcasts in Australia where traumatic and deadly bushfires have raged in recent years, reaching new records in recent years. You know about the record wildfires in California, and the whole West including in Canada. A few years ago Betty Lai co-authored on a study looking at posttraumatic stress in children after bush fires. Wildfires also have lasting impacts on some children. We presume floods that ruin or wreck family homes do too.

Strangely, after a big “natural” disaster, adults can have delayed impacts, including PTSS or PTSD. Perhaps the delay is because a parent needs to appear to keep things together for the sake of the kids, and to handle immediate problems like food, water, and housing. Then later they collapse, or have gnawing symptoms, sometimes lasting years.

Fortunately the studies so far suggest kids do not experience this “delayed trajectory”. That means that if a child seems to be doing OK after a big event, the probably are coping well. We should not project problems on to a child simply because we presume they must be feeling bad after a storm, fire or other disaster. If a child is doing well six weeks later, there is no need to prod for unexpressed fears or counseling at that point. Good to know.

Climate scientists say weather disasters will increase in strength during this and following decades. If a child is already traumatized, do we know the impact of a second or even more hurricanes, wildfires, floods or deadly heat waves? As far as I can determine, that has not been studied yet.

As we have more disasters, large numbers of people of all ages will develop chronic states of easily triggered mental stress. Will humans become increasingly less able to cope with the new climate reality?

SOIL, YOUR HEALTH AND CLIMATE CHANGE

How long can you live without food? How will we feed billions of people without fossil fuels?

American author, soil strategist, and teacher Didi Pershouse has answers for us. Didi founded The Land and Leadership Initiative, gives talks live and online world-over. In this Radio Ecoshock interview Pershouse gets literally to the roots of what feeds us all. We also talk Natural Farming in India and what we can learn for resilience anywhere. We reached Didi at her home in Vermont.

FOOD IS NOT WHAT IT USED TO BE!

Canadian news outlets compared food grown 50 years ago to what we buy in supermarkets now. Essential vitamins and minerals were hardly there. They report, quoting from the Globe and Mail newspaper:

Didi says that matches what you know about American food today, and gives us lots of good information in the interview. 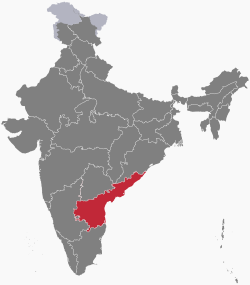 The State of Andhra Pradesh has adapted Natural Farming. 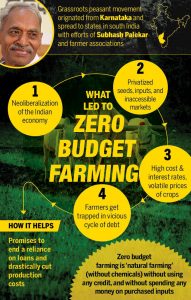 My take on ZBNF is based partly on the work of Vijay Kumar Thallam, Advisor to Government of Andhra Pradesh. There are two key figures in this movement: the inspiration Mr. Subhash Palekar, and the Indian cow. Part of the program is to help rural farmers avoid the trap of debt. Intercropping helps pay for supplies, leading to a “Zero Budget”.

In the YouTube version of the interview with Didi Pershouse, I share slides provided by Vijay Kumar like these. (They are big enough to read in the video) 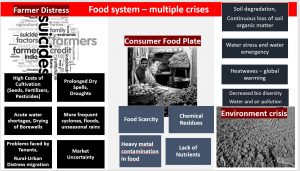 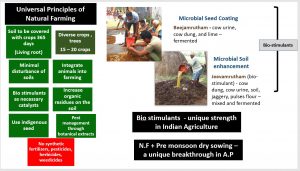 Now the group in India has changed the name from Zero Budget to Community Natural Farming, but the program is the same. Although most of us are not villages with access to free-ranging cows, I think this movement has a great deal to teach the world. I have been working with a “soil machine” area in my garden to produce natural soil alive with the micro-organisms my plants need to thrive while avoiding the worst insect infestations. We all can do it, and we can insist on food grown organically.

I think every garden needs a compost heap. That is part of our household economy. There is no “plant waste” here. In fact I collect grass clippings from a bunch of no-pesticide neighbors, and leaves they used to take to the dump. Maybe even in suburbia every home could have a soil engine.

Sweden’s Greta Thunberg has inspired young people all over the world. The young Indian climate activist Disha Ravi was arrested in the middle of February. Her supposed crime was providing a toolkit for farmers protesting new agricultural legislation. Other activists from Extinction Rebellion in India had their homes raided and computers taken. Why is the government of India attacking climate activists? 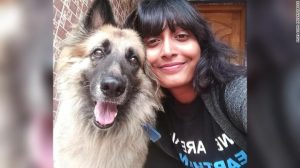 Image of Indian climate activist Disha Ravi, who was arrested after she posted information in support of the farmers’ protests.

And remember: because good farming techniques capture carbon into the soil, these Farmer’s strikes connect to fossil-free farming and our global future.

In her presentation in Guntur India “The Soil Sponge: Infrastructure that Makes Life on Land Possible” Didi says at first she was not concerned about climate change because she lives in Northern state, so heat no big deal. But then she found climate is also about water, and loving her local river and knowing how water can determine paths of all living things, she then became more focused on climate change.

Healthy soil is a living thing, and essential infrastructure for life on land. Didi compares putting water on flour, versus a piece of bread. Water washes it around and away, but bread acts like a sponge. Drought and flooding are the same issue, based on soil integrity. Underground bits of soil are held together and apart by biological life, offering more surface area for plants to get nutrients, and allowing air and water to reach into plant roots. In US for every pound of corn harvested we lose a pound of soil, and two pounds for soy (based on data from Iowa).

Here is a short list of Some soil health principles (from Didi’s slide in Guntur): “max green: photosynthesis; keep soil protected with plants and mulch; use a diversity of plants; integrate animals; disturb soils as little as possible; no chemical stress; plan with the whole water cycle in mind; understand the land.”

She continues: When large fields are left bare “we are not using the solar energy that we have”. Didi quotes Peter Donovan from the Soil Carbon Coalition saying with fossil-powered agriculture,

Healthy soils also stay cooler (like 87 F with a cover crop, vs 107 for bare land.) The difference can be over 2 degrees C, but requires enough water at the root zone. Cooling of the global climate: – as little as 5% increase in transpiration could help cool the planet Walter Jehne found. Walter is a retired CSIRO scientist with tons of YouTube videos on soil and climate.

Be sure to check out Didi’s recent article on Medium: “Other Species Are Essential Workers”. I think this article on communities investing in regenerative agriculture is important too.

In her books, like “The Ecology of Care: Medicine, Agriculture, Money, and the Quiet Power of Human and Microbial Communities” soil health and human health come together. In fact those two are part of Didi’s personal experience. Soil strategy has a strong medical connection because fully functional food leads to a stronger immune system and better overall health.

Many of Didi’s workshops are available as free videos on her web site.

OVER AND OUT FROM ALEX

Welcome to new listeners on FM 104.9 The Gig in Modesto California, pumping out the best of local bands to the world – and now climate truth with Radio Ecoshock. This makes a great family of 105 non-profit radio stations broadcasting this program.

Support my work if you can! Thank you everyone for listening this week and caring for our world.