In these early days of the Brazilian virus onslaught, we hear direct from Sao Paulo with Gustavo Ribeiro, Editor of The Brazilian Report. Then we talk with Tenney Naumer, an American experienced in health and finance – who lived in Brazil for 14 years. The pandemic is becoming a mirror of the U.S., complete with a President in denial.

Thank you for listening to Radio Ecoshock. With millions of people losing their jobs, a few had to cancel their monthly support for this program. But it still costs money to produce this show every week, and give it away free to radio stations and people around the world. If you can afford $10 a month, please become a monthly supporter.

Before he almost died from COVID-19, UK Prime Minister Boris Johnson suggested Britain might just let the virus run until “herd immunity” was reached. What would that look like? We are about to find out as Brazil rockets toward utter disaster.

Like most countries, the Brazilian economy has crashed faster and further than the Great Depression of the 1930s. Like the United States, their President is encouraging rebellion against his own government’s virus protection program. Brazil’s Jair Bolsonaro famously said of the coming wave of Coronavirus deaths: “So what?” With his partisan base in a country of extreme wealth disparity, Brazil is a mirror of the United States.

Brazil had the ninth largest economy in the world, and at least 211 million people. All sorts of raw materials and agricultural products come from Brazil, including the soy underlying meat and poultry production in the United States, Europe and beyond. Now the Brazilian economy has been crushed. What happens in Brazil doesn’t stay in Brazil. Anyone with a shred of consciousness for the human project should fear what is happening there.

For a report on the pandemic in Brazil, we go to Gustavo Ribeiro, Founder and Editor-in-chief of The Brazilian Report. From Sao Paulo, Gustavo welcome to Radio Ecoshock. 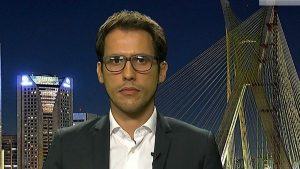 Gustavo gives us an excellent, factual report from his country. Among other things, we talk about the outbreak in Manaus in the Amazon, where mass graves are being dug. The infamous slums of Rio and Sao Paulo – the Favelas – have been abandoned by the government as usual. Millions of people already in poverty are at risk there.

Testing in Brazil is very low, and the death counts very unreliable. Many seriously ill people never go to hospitals. They die at home, or wherever they fall in the street. Only the Middle Class and rich can access hospitals, while the public health clinics set up by previous governments have been overwhelmed. As in the United States, state governments in Brazil have been far more active than the Federal government.

Manaus fills mass graves as Covid-19 hits the Amazon – “They were just dumped there like dogs. What are our lives worth now? Nothing.”

Former President Lula says Bolsonaro is taking Brazil “to the slaughterhouse”. Now in hind-sight, we can see the toxic mix of failing to provide public health care, a broken safety net, billionaires sucking wealth away from a growing underclass, and a corrupt political system. Am I talking about Brazil, or the United States? Be honest. If anyone told you the United States would have millions of cases of a new virus, and more deaths than any other country – would you have believed that?

A new general rule is emerging: societies that can respond to a new challenge relatively quickly, with genuine social cohesion, does better in a novel pandemic. Otherwise, we have disease raging in countries like the U.S., the United Kingdom, and Brazil. Russia is coming up soon. But we do not know the prognosis for countries with hundreds of millions of people in absolute poverty, the places with almost no infrastructure, low education, slight health care,and perhaps a reliance on religion or magic. How will the COVID-19 pandemic develop in Africa, India, or Indonesia? Brazil may be giving us a preview.

TENNEY NAUMER: IS IT TOO LATE FOR BRAZIL?

According to a recent article in the British medical journal The Lancet,: “a recent study by Imperial College (London, UK), which analysed the active transmission rate of COVID-19 in 48 countries, showed that Brazil is the country with the highest rate of transmission”. I see so many reasons to worry about terrible news coming out of Brazil by July or August, during winter in the southern Hemisphere. Am I just being paranoid?

Why is Brazil ramping up as the next great COVID-19 disaster? You would have to know the country as Tenney Naumer does. She lived in Brazil fourteen years, before returning to the United States. Tenney is a professional translator in Portuguese, but I’ve been following her climate blog for years. She has one of those rare eyes for important signals in a world of information. 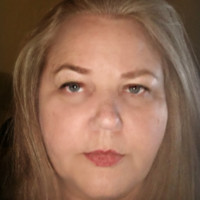 For years, Tenney Naumer collected the most essential climate news and new science – published in her blog at climatechangepsychology.blogspot.com. Recently, those posts have come more infrequently, as Tenney lines up a new career in the United States with her degrees in finance.

After saying the Coronavirus was just “a little flu” – in March Brazilian President Jair Bolsonaro told a press conference that “Brazilians don’t catch anything – they already have the antibodies to keep it from spreading”. That sounds like magical thinking we have heard in America from Trump.

We hear President Bolsinaro depends on both the evangelical church and the military to continue, despite his legal and political turmoil. The military governed Brazil following a coup d’etat in 1964, until democracy was restored in 1985. What if the military allows chaos, both economic and pandemic, to develop – so they can again assume control of the country?

NEXT WEEK: HEAT BEYOND THE HABITABLE

Next week I’m going to try to break through the spell of COVID, to hear other harsh news we can’t avoid. I specialize in interviewing scientists about extreme heat. I have a small booklet of interview transcripts in the works. Scientific and medical guests explain how high heat threatens the human body. Every year, extreme heat kills millions of people directly, and damages the natural world in ways we seldom see. In 2020, it is an awful race to see which will kill more people in 2020: the new Coronavirus or weather extremes forced by climate change. It looks like both will happen at the same time.

There are many reasons to expect heat waves and wild fires this summer in the Northern Hemisphere. With far less air pollution to dim the sun, we may experience heat waves that kill off crops and people. That could add to the developing food crisis during the pandemic, meaning some products disappear from store shelves in wealthy countries, and millions go into hunger, including the famine predictions I covered in last week’s show. Remember, you can listen to all past Radio Ecoshock shows, absolutely free, at our web site, ecoshock.org. You don’t have to sign in or sign up, just click to listen or download the audio of all our expert guests.

Next week, we will hear from two scientists with stark new conclusions about the coming heat. There are limits to what plants can stand before they die off. There are limits to the heat and humidity the human body can survive. We are already breaching those limits now and then, but in the coming decades, scientists say, heavily populated parts of Earth will become uninhabitable. Then comes great migrations not seen in history. Heat beyond normal experience is just as hard to imagine as the huge impacts of COVID19. We are just at the start of both.

WHEN IT HURTS TO KNOW

I understand how painful this information can be. Sometimes I limp away after an interview, or producing a show like this. I head out into the garden, or talk to my chickens. Inside, I want to run away, maybe to a happier time in the past, or some remote part of nature. I also understand how frightening and jarring it is to have your life turned upside down.

In addition to fear of a difficult death, millions upon millions have suddenly lost their jobs and livelihoods. We are separated from our loved ones, perhaps even as they are leaving this world. In many countries, politics has become a terrible dance with deadly ideas not based on science or reality. The news can become a fire hose knocking us down, crowded with stories – each of which would have been shattering headlines before, and now almost lost by the next day. Our heads are spinning. Who knows what is really going on – what next year will be like?

But for you and I, there is a code: it is less painful to pursue the truth than to avoid it. We need to make big changes: in our personal lives, as a society, and as a species. I believe there is a way toward a better future, but only through the courageous search for reality, followed by right action. It sounds naive, but that is all we’ve got.

Please tune in again next week, and this week – show someone you care.

In this program there is a short clip of Ava Gardener “On the Beach” 1959, and a few seconds from ABC news Australia at the start.