Earth needs a radical plan to stop the warming and save the species. Well-known ecologist Dr. Eric Dinerstein explains “The Global Deal for Nature”. From Cambridge, Dr. Chris Sandbrook cautions a billion people could be affected. Throughout, haloed nature scientist Edward O. Wilson calls us to save half the earth for nature. The survival of all depends on it.

How much of the planet does Nature need to keep on going? In 2017, famed American biologist E.O. Wilson said we need to protect half of Earth to avoid a deadly mass extinction of species. That has been refined as the Global Deal for Nature, and one of the architects of that “Deal” is Dr. Eric Dinerstein. For 25 years, Eric was Chief Scientist at the World Wildlife Fund or WWF. He is now with the NGO “Resolve“, leading their program on Biodiversity and Wildlife Solutions. This may be our best and last chance to save Nature.

From Washington D.C., we welcome Eric Dinerstein to Radio Ecoshock. 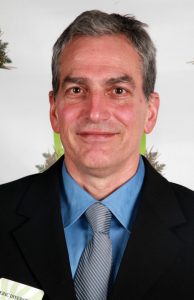 In April 2019, Dr. Dinerstein led a team of scientists presenting “A Global Deal for Nature”. That was published in the journal Science Advances. Eric gives us a quick definition of “the deal”.

A new paper published in the journal Nature Sustainability offers a criticism, or at least caution, about the Global Deal for Nature. That caution was led by Dr. Judith Schleicher, and co-authored by Dr. Chris Sandbrook of Cambridge. The critique was titled “Protecting half of the planet could directly affect over one billion people”. Dr. Sandbrook is our second guest this show.

CAN WE AFFORD TO SAVE NATURE?

Some critics of the Global Deal for Nature complain about the cost of sealing away all those resources and lands. Dinerstein and his team take on the cost of the deal in their paper. They conclude…

I note the United States alone budgeted $639 billion for military spending. The real cost is much higher when ancillary costs too numerous to mention are added. That is a fraction of global military spending. We can afford to defend Nature.

When people say “half for Nature” that’s too much, I think it’s probably far too little. Nature needs to operate pretty well everywhere to function. There are hardly any places where humans can claim to have banished other life, perhaps except a few sterilized labs. Even in cities, plants come up through cracks in the concrete and birds shelter under the eaves. Perhaps we are talking about different levels of concentrations of natural systems?

E.O. Wilson agreed. In his filmed speech in 2017, Wilson laid out as Step 2, after Half Earth was protected, to catalog and enable the species in unprotected space. He showed a graphic depicting the richness of life inside a bit of soil in New York’s Cental Park.

YOU TUBE VIDEO OF E.O. WILSON

During the Radio Ecoshock interview, Eric points us to this handy Interactive map of eco-regions (find yours!) here.

IN THE PAPER BY DINERSTEIN ET AL…

I find it unrealistic to keep speaking about remaining below 1.5 degrees C warming. We are already at 1.1 degrees without counting an unknown amount of masking by global dimming (pollution), and there is plenty more in the pipeline, included captured for slower release in the ocean. Why maintain that fantasy?

The reason for 1.5 in the paper: “It has become clear that beyond 1.5°C, the biology of the planet becomes gravely threatened because ecosystems literally begin to unravel.”

The authors say they aim to combine “reducing extinction threats and carbon emissions from natural reservoirs.” Here is where the climate change movement meets, and must meet, the biodiversity movement.

So according to Dinerstein et al. the aim is to get “a rapid reduction in land conversion and a Moratorium by about 2035”. Even that 2035 Moratorium demands some kind of “negative emissions” technology to off-set the amount of nature lost between now and then, they say. But later the authors write “this approach … is not beholden to developing carbon removal technologies unlikely to be effective or to scale in the time-bound nature of the current twin crises.” So how would we get “negative emissions” then?

That would mean increasing agricultural yields only using then existing crop areas, or forest products from sustainable existing forest lands. Can that be done without limiting or reducing human population?

What if we protect half the Earth, by land and sea, but then pollutants like micro-plastic beads or nuclear radiation seeps through all systems. Can we really draw areas on a map and maintain barriers? How does anyplace remain exempt from pollution and climate change? If they cannot, does this proposal work at all? Dinerstein answers these concerns in our interview.

The Global Deal paper says: “In recent years, more than 60% of global emissions from natural habitats (which accounted for 15% of annual greenhouse gas emissions), stemmed from clearing and fires in just two provinces — Riau province in Sumatra, Indonesia, and Matto Grosso state in Brazil.” That is stunning. Why can’t somebody declare an emergency and act quickly to protect the atmosphere from these top carbon hot spots?

Dr. Eric Dinerstein is long known to the public as Chief Scientist for the World Wildlife Fund. Now you can find him at resolve.ngo. Find the paper “A Global Deal For Nature: Guiding principles, milestones, and targets” as a free paper at advances.scienmag.org You can join the Nature Needs Half movement here.

But consider the bad example of history: when 19th century Americans decided to claim the whole continent, they created tiny reserves for the original people. Of course, the armed authorities picked swamps, deserts, and the poorest places for the aboriginal people. Isn’t it likely we will do the same, trying to say the Poles, deserts – any real estate we don’t want – is what we count as Nature’s place?

That depends on whether people and the politicians listen to aboriginal people and scientists. They know where the heart of Nature still beats on its own, wombs for the species. It’s not going to be easy but there is no Plan B.

Are you worried that beloved creatures are disappearing? How can we save the rest of nature?

In 2017, the famous biologist E.O. Wilson published the book “Half Earth”. Wilson proposed reserving half the planet for wild things, if we want to avoid a sad and dangerous time when species go extinct. That idea has been refined into the “Global Deal for Nature”. But now a group of European scientists question how that could work.

Dr. Chris Sandbrook is a co-author of the paper “Protecting half of the planet could directly affect over one billion people“. It was published in Nature Sustainability in November 2019. Sandbrook is a Senior Lecturer at Cambridge and oversees a Masters program in conservation leadership. He is also a contributor to the Thinking Like a Human blog. 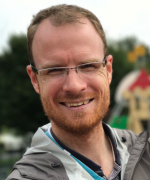 A 2018 paper led by Zia Mehrabi found, quote: “globally, 15–31% of cropland, 10–45% of pasture land, …and 3–29% of food calories from crops could be lost if half of Earth’s terrestrial ecoregions were given back to nature.” We could read that as a prohibitive loss of food for humanity. Or we could read those numbers as the size of our over-encroachment on nature already – how far past the limits we are?

The Sandbrook/Schleicher group also raises ecojustice as a prime concern. But the deep ecologist says we must protect nature first, even at some human cost, – because we cannot live without Nature. At some point does “ecojustice” becomes secondary to survival? Can it be a luxury? But then again, WHO gets to decide the human rights of others is secondary to the need to protect Nature?

Chris Sandbrook was a co-author coming from Cambridge of a different plan which they called “Half-Earth or Whole Earth? Radical ideas for conservation, and their implications”, led by Bram Büscher.

“We question whether the increasingly popular, radical idea of turning half the Earth into a network of protected areas is either feasible or just. We argue that this Half-Earth plan would have widespread negative consequences for human populations and would not meet its conservation objectives. It offers no agenda for managing biodiversity within a human half of Earth. We call instead for alternative radical action that is both more effective and more equitable, focused directly on the main drivers of biodiversity loss by shifting the global economy from its current foundation in growth while simultaneously redressing inequality.”

The authors see production (over-production) and consumption as more important drivers of the biodiversity crisis. Without containing those, and I would add population control also, we cannot set aside enough land on the planet to stop the developing mass extinction.

The reality of what we need to do, how radical we must become to really save nature and ourselves may presently be unacceptable. What if the unacceptable is what is needed for our survival?

HOW THE IPCC HAS IT WRONG… NATURE CANNOT BE PUT BACK

One of the papers cited by Eric Dinerstein’s group is key: “Avoiding the climate failsafe point”.(2018) by T. E. Lovejoy, L. Hannah.

The free full text is here.

“The essential unpredictability of nature in its response to climate change runs counter to the language of the UN Framework Convention on Climate Change, which says that greenhouse gas concentrations should be stabilized at a level at which ecosystems will be able to “adapt naturally” within a predictable time frame. However, as global temperatures increase, the designs of nature are not predictable; once disaggregated, they do not and will not reassemble in previous forms.”

My thanks to everyone who helped support Radio Ecoshock this month, with a special thank you to Jeff P. who donated generously. All donors help keep each week’s program, and all the interviews, available free to anyone anywhere in the world, and free to all 100 non-profit radio stations broadcasting Radio Ecoshock. Your help makes it happen. 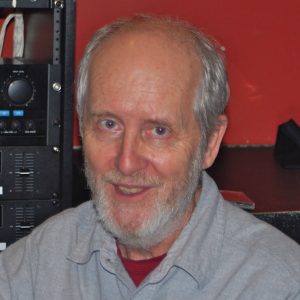