Should we fear a new burst of warming and extreme weather due to record wildfires? I ask atmospheric scientist John C. Lin from Utah. From the UK, Dr. Edward Hanna says unusual air pressure over Greenland can ruin European summers and pump up sea levels. Welcome to Radio Ecoshock, where science gets real.

After getting smoke out, and nearly burned out this summer, I began to wonder: could all that carbon released from the forests ramp up global warming? Given raging fires in Sweden, Siberia, California, Oregon, and Washington State – what does it all mean to the atmosphere? What happens when a large forest apparently vaporizes into the air?

According to a United Nations White paper, a 2008 study of fires led by the Spanish scientist Emilio Chuvieco “found that more than 30% of the global land surface has a significant fire frequency.” So almost a third of the planet burns down from time to time!

I called up Professor John C. Lin from the Land-Atmosphere Interactions Research Group at the University of Utah. After studying in Canada, John Lin got his Doctorate in Earth and Planetary Sciences at Harvard. He is widely involved in the scientific community, including his role as a Science Team Member with the NASA Carbon Monitoring System, and the NASA Orbiting Carbon Observatory. Lin is author or co-author of 10 peer-reviewed papers published so far in 2018 alone. 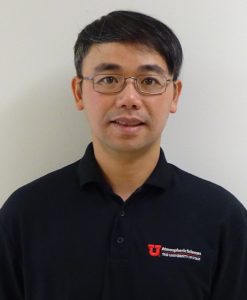 This past summer, smoke from giant wildfires in Siberia was blown over 5,000 miles across Canada to New England. Does that strike you as unusual transport in the atmosphere? Lin says “no”. It happens – perhaps not on this scale every year, but smoke carrying on air currents is known to happen often.

“Since CO has a lifetime in the troposphere of about one month, it persists long enough to be transported long distances by winds, but not long enough to mix evenly throughout the atmosphere.”

Here is a summary from Greenhouse Gases Online:

Then we discuss the cooling effects of the smoke – and that is where it turns out my worry about wildfire warming was misplaced.

So far, science suggests that the direct warming arising from the CO2 coming out of burned forests is off-set in the short-term by the cooling effect of the smoke. Smoke reflects sunlight back into space, before it reached the planet surface. Then the extra CO2 is mixed pretty quickly into the global atmosphere – it doesn’t stay in patches over the continents affected.

Then the warming/cooling formula becomes further complicated. Yes, forests growing back (if they do) will eventually soak up CO2 back out of the atmosphere. But in the meantime, they don’t. Yet the ground below the trees tends to be lighter color than the leaves or needles. So the bare ground after a fire reflects more energy back into space, adding cooling. That is especially true when conifers are dark green above the snow in winter. After a fire, it’s all just white in the winter, and so more light is reflected, cooling things.

All in all, John Lin says the balance of heating and cooling from wildfires is “a wash” – not a direct warming effect. However, both of us recognize that serious deforestation, whether by logging or wildfires, would eventually release more CO2 into the atmosphere, and leave less of a carbon sink below. That means more global warming, but we are talking a longer term event – more than just one year of record wildfires.

So maybe we have one less thing to worry about in the short-term – other than keeping safe out of the fire zones, and staying inside when the smoke is all around. It’s an informative and relaxed interview.

Check out this 27 minute interview with John C. Lin in either CD Quality or Lo-Fi

Some of the work published by Lin and by his research group members is unashamedly local – about Utah. Maybe that is where the new climate science is going: away from the global, where everything is averaged, and down to where the rubber really meets the road, impacts on specific localities. After all, isn’t that what you want to know: how will climate change affect me? That is also what local governments want to know, and they are far more pro-active on climate than most national governments.

For example, take this paper from John, still in press:

CO2 and carbon emissions from cities: linkages to air quality, socioeconomic activity and stakeholders in the Salt Lake City urban
area, Bulletin of the American Meteorological Society, doi:10.1175/BAMS-D-17-0037.1, In Press.

MORE NOTES ON WILDFIRES AND CARBON

Just for your info: in 2009, the respected Tasmanian fire scientist David Bowman published a paper estimating that fires of all kinds, including agricultural burning, produced greenhouse gases equivalent to 50% of human emissions. But other sources calculate a relatively low carbon contribution from wildfires in the United States, compared to overall emissions.

A 2004 Kansas State University study concluded, quote: “The perturbation of atmospheric chemistry induced by global biomass burning is comparable in magnitude to the effect of fossil fuel burning.” They cite Lindesay et al., 1996 as their source.

What can steer a hurricane into New York, drive rotten wet summers in the UK and Northern Europe, and change sea level around the world? Here’s a hint: it is something you can not see happening, in a place that never appears on your network news weather map. The answer to that question and more arrives in our interview with Dr. Edward Hanna, Professor of Climate Science and Meteorology at the University of Lincoln. 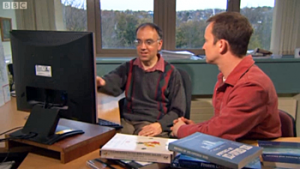 From the Cathedral City of Lincoln in North England, it’s a pleasure to welcome Edward back to Radio Ecoshock. We last talked about changes in the Arctic disrupting weather around the Northern Hemisphere in January 2018. (Blog here).

Under the Weather Right Now

You can download or listen to my new 32 minute Radio Ecoshock interview with Dr. Edward Hanna in CD Quality or Lo-Fi

Frankly, at first glance, I thought this new paper might be outside the interest of a general audience. The title sounds very science-oriented: “Brief communication: Recent changes in summer Greenland blocking captured by none of the CMIP5 models.” The full text of this paper is available here.

SIX LARGE DEVELOPMENTS YOU SHOULD KNOW ABOUT

There are at least six very large developments in this work from Hanna and team:

1. Climate models are not properly simulating air pressure changes over Greenland as the world warms. Actual observations do not match predictions from the models.

2. As a result, predictions for weather changes in the UK and Europe are likely incorrect, because they do not include this potent factor of changes in the Atmosphere over Greenland.

3. It is possible the UK could experience more wet summers, like 2007 and 2012 (and 1910). This could affect agriculture, infrastructure, flooding in people’s homes, and a blow to tourism (jobs, economy).

5. Current predictions about the amount of melting of Greenland’s ice-sheet are likely less than reality. Therefore, we can expect a higher sea level than IPCC estimates – but how high? (Edward suggests a maximum of 1.5 meters, or almost 5 feet, by the year 2100).

6. The Jet Stream may weaken. What would that do?

We discuss all this in our radio interview.

YOU PROBABLY HEARD ABOUT GREENLAND BLOCKING ON TV

I heard about Greenland blocking, in storms like Hurricane Sandy. In fact, the American Meteorological Society announced a presentation on just that:

Not covered in this paper by Hanna et al, but I recently read in The Atlantic magazine an article about a period around 230 million years ago called “the Carnian Pluvial Episode“. Essentially, when the climate warmed between 5 and 7 degrees C. – it rained over the Earth for about a million years. Nobody is predicting that as an outcome of our current warming, but Hanna’s research does point out we cannot be sure of the current predictions, or sure of what will really happen with this planetary experiment.

Famous American scientist Michael Mann has promised to show up – plus interviews with lead scientists on alarming news: there is way more heat in the ocean! Another favorite guest Peter Ward has a new book for you. And along the way, we discover why all the computing power behind Bit Coin can all by itself – take us to the two degree C danger zone. When scientists are on edge, they talk directly and fully to you, on Radio Ecoshock.

PEACE OUT WITH THIS WEEK’S MUSIC FROM ALEX SMITH

The music for this program – “OM Chant” is my re-mix of chanting from a You tube video posted by Meditative Mind: “OM Chanting @528 Hz” (8 Hours long (!) with 1,030,376 views) You can listen to my 4 minute piece on Soundcloud here. Stress from the world is purposefully introduced and then overcome in this music. We all need something to cope!

Jean-Marc Jancovici: Whistling Past the Graveyard →
← We Still Have a Chance to Save Ourselves
4 Comments