In this program, one of the world’s top scientists reports on the climate threat that will cause the most evacuations and maybe migration. It’s not heat or rising seas. From Germany, Dr. Anders Levermann from the Potsdam Institute joins us. From Australia, Dr. Mat Santamouris reveals shocking heat levels in cities and how to cool them. From Cambridge University, Dr. Laura Diaz Anadon warns politicized science endangers us all. 3 interviews – this is Radio Ecoshock. 180131

River floods already displace more people within countries that any other cause, and affect far more people than other disasters. New science reveals humans will have to prepare and adapt much harder for even more river flooding in the next 20 years, due to climate change.

“During the next 25 years, the high-end flood risk will strongly increase in all equatorial regions, Northern America, Northern Europe, and Northeast Asia“.
– from the paper.

Our guest is a scientist with many roles. Dr. Anders Levermann is Professor of Dynamics of the Climate System, at Potsdam University in Germany. He is a leader at the renowned Potsdam Institute for Climate Impact Research, PIK; an Adjunct Scientist at Columbia University in New York; the Lead Author of the latest IPCC chapter on Sea Level Change; journal editor, and more. 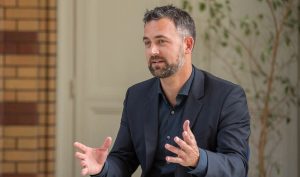 The abstract is here, and the full paper available free here.  There are more regional specific maps and diagrams downloadable here.

Listen to or download this Radio Ecoshock 26 minute interview with Dr. Anders Levermann in CD Quality or Lo-Fi

We spend time looking at projections for different parts of the world, beginning with the United States. Built in to this model are the assumptions of that population for government protection from floods. This expectation is much higher, for example, in the U.S. versus Cambodia. America has spent billions of dollars on flood control for many decades.

So you may be shocked when this study finds that previous floods will be worse, and even new areas never-before-flooded will experience flooding. I presume this is because a warmer atmosphere can hold more water vapor, and that rain (or snow) has to come down somewhere. It does, in extreme rainfall events. It appears we are getting more of those.  Levermann suggests that statistical argument has not been settled – but it doesn’t matter.

If we wait to be 100% certain about such aspects of climate change, by the time we have accumulated that record over decades, it is far too late. We will already be in climate change. I say science shackled in that way could never warn us of a climate disruption in time.

But we do know, says Levermann, that extreme rainfall events will increase in the future, and every projection shows much great land flooding in some regions. For example a 1 in 100 year flood – what if that becomes 1 in 30 years, or even 1 every decade?

Some places in Europe (like in Germany and Eastern Europe) will have even greater flooding worries in the next couple of decades, and higher budget costs, due to climate change.  It’s very distressing to see that the Equatorial area of Africa will face even greater river flooding. Places like the Congo are already poor and poorly governed, if not at war. What changes are coming for that region in the coming climate deluges? And what about the case of Egypt? Are they prepared?

In old newsreels, and recent times, we’ve seen amazing catastrophic floods in Asia. About one third of Pakistan went underwater in 2010 due to river flooding. Levermann tells us that flood, and the same happening a year later in 2011 – that flood created the largest fresh-water lake on the Planet. What happens in Asia the 2030’s?

What about Mexico and Brazil?

I found this paper very conservative in its underlying assumptions. For example, they don’t seem to be talking about making progress on protecting more people from river flooding, but what it would take to just stay at our current level of disasters. Or, the model presumes a steady population, not one rising as in reality today. There are scientific reasons for constraining a model, and Levermann does discuss this.

But in general, if we add in other vexing realities, the real future of flood disasters could be much worse than the projections in this paper. Science, I suppose, is supposed to be conservative, always trying to stand on steady facts.

They do say regarding river flooding in large cities: “Many areas around big cities are strongly affected; these include the regions around Shanghai, Hong Kong, Jakarta, Mexico City, São Paulo, Buenos Aires, and Cairo”

“The inertia in the climate system makes it possible to predict, within model uncertainty, changes in flood hazards up to the year 2040, independent of the specific carbon emission pathway that is chosen by society within the next 25 years.”

My thoughts: That much of our path has already been chosen, by our emissions so far. This seems to imply that even with a radical transformation of our economy away from carbon emissions, we are already committed to serious climate change – at least until 2040? That is, a decade or two of expensive climate action may appear to population to be not working, as climate disasters continue to come. But the alternative is probable destruction of this civilization, and possibly a threat to our species.

The press release about this study (quite informative) from the Potsdam Institute is here.

We also briefly discuss the Potsdam Institute, and the tragic assault on American climate science and scientists. This is an important interview with a globally-recognized scientist. Don’t miss it.

DR. MATTHEOS SANTAMOURIS:  CITY HOT SPOTS OFF THE CHARTS (AND WHAT WE CAN DO)

The way downtown cities are built, extreme heat may drive you out. It’s pretty close to that in Darwin Australia, where temperatures up to 70 degrees C, an astounding 158 degrees Fahrenheit, have been measured in their Central Business District.  During this winter in the southern hemisphere, centuries-old heatwave records have been shattered all over Australia in the past week as cities from Hobart to Sydney have been hit by prolonged stretches of temperature far above normal.

It doesn’t have to be that way. We can go a long way toward adapting urban heat islands into something more livable. Our next guest is an expert in that.

Professor Mat Santamouris is currently Professor of High Performance Architecture in the University of New South Wales in Australia. But he’s a global guy, as a Professor of Energy Physics at the University of Athens, and visiting Professor in Universities in London, Tokyo, Italy, and Singapore. Mat is Editor in Chief of the journal “Energy and Buildings”. He’s the author and editor of 14 books on heat islands, solar energy, and energy conservation in buildings. He’s published over 180 peer-reviewed papers. Find a list of his publications here. 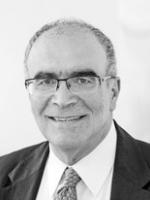 We talk about a study done in Darwin Australia. It’s in the tropical zone. Temperatures there go regularly above 100 degrees C, and the humidity can be terribly high. That’s not a good combination for human health.

But a drone carrying heat measuring equipment over Darwin revealed astounding temperatures in some places. That 158 degrees F (70 degrees C) was found on the upper level of a Darwin car park. I can only imagine people emerging out of an air-conditioned building, running toward one’s air-conditioned car, trying to survive the instant heat.

Conversely, the shade under a nearby tree was far cooler. Trees can play a role in “air-conditioning” cities – up to a point!  When the temperatures go too high, the trees shut down their pores to contain the water they have. Transpiration stops, and with it, so does the cooling effect.

However, Santamouris has studied and written about ways cities can adapt to increasing heat. For example an archway with living materials can significantly cool down a street. There is much more, in the ways buildings are constructed. We can aim for zero energy buildings, as our earlier guest Guido Wimmers explained in workshops I recorded.  You can listen to or download Part one and two of that workshop here:

Mat says there are limits though. When outside temperatures go above 35 degrees C, some air conditioning is needed. I wonder: perhaps that could be powered by collected solar.  We also discuss co-authored a paper Mat co-authored in April 2017 titled “Mortality Associated with High Ambient Temperatures, Heatwaves, and the Urban Heat Island in Athens, Greece.” We talk about how heat kills.

Dr. Santamouris is also in a project called “Zero-Plus“. The long title sounds really exciting: “Achieving near Zero and Positive Energy Settlements in Europe using Advanced Energy Technology”. Funded by the European Union, and led by Mat Santamouris, there are already four “zero-plus” settlements under construction in four European countries!

Extreme city heat is getting pretty important. It’s uncomfortable for people in those urban heat sinks. It can be deadly. Can we just keep air-conditioning everything – can we just keep making technical cool bubbles to stay alive, as the Earth warms more and more?

Check out this amazing article at news.com.au: “Deadly mix of heatwaves and humidity could make some Australian cities virtually ‘uninhabitable’ with temperatures nudging 70C, this CBD has already been dubbed a “river of fire”. Deadly heatwaves could make it a no-go zone”

Note: “CBD” in Australia means “Central Business District”, which would be called “Downtown” in North America.

Listen to or download this Radio Ecoshock 21 minute interview with Dr. Mat Santamouris in CD Quality or Lo-Fi

Have you noticed that every new leader has to assert their green credentials by announcing a brand new energy policy, often in their name? Or in the case of Donald Trump and Malcolm Turnbull, announce their black credentials by dismantling energy policy.

The trouble is: with each political change we lose a lot of time we don’t have. That’s both warning an advice contained in a letter published December 7 in the journal Nature. The title is “Six principles for energy innovation”. Generally I avoid large-scale policy discussions, but this letter in Nature talks frankly about ways politics can interfere with the need to decarbonize. I think this matters.

Our guide is a co-author of this telling comment in Nature, Professor Laura Diaz Anadon. Laura is Professor of Climate Change Policy in the Department of Land Economy at the University of Cambridge. Anadon holds a Ph.D. in Chemical Engineering from Cambridge, and a Masters degree in Public Policy from the Harvard Kennedy School, where she is also a research associate. She has advised governments, United Nations agencies and many large institutions and corporations. 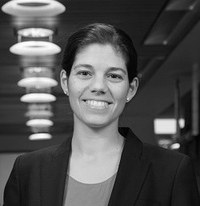 Here are four other web sites associated with Laura and her work, one, two, three, four.

As of this writing, a copy of the Nature letter can be downloaded from this DropBox link.

We are out of time this week. I’m Alex Smith. Please tune in again, for the great drama of our time on Radio Ecoshock.

And please don’t forget to support this show, either with monthly donations, or a one-time donation of any amount. There are no secret donors. Listeners support the continued production of this program.

The Psychology of Wrecking or Saving a Planet →
← Weather Bomb
Comments