Welcome. If we clean up air pollution, the weather gets hotter and wilder. From Norway, Dr. Bjorn Samset explains the stakes. Then from Harvard, Dr. Francesca Dominici reveals shocking new science: just a short exposure to bad air kills seniors! I’m Alex. This is Radio Ecoshock clearing the air.

We have a new opportunity to get more radio stations, and more online listeners. It’s a project that will take a few months, and cost more money than I have. In fact, the Radio Ecoshock account is down to a few hundred dollars again.

I have a contractor with the expertise lined up. Because he believes in the show, he is willing to work for a fraction of his normal rate, if we can get going now. We can probably get a lot more stations – but remember, the stations don’t pay for the program. Your support here does. Let’s not miss this opportunity to get the facts, real science, and activist inspiration out to even more people. Can you help me do it?

Support the “More Radio Ecoshock” project! Please donate what you can now.

WHAT HAPPENS IF WE DO CLEAN UP THE AIR? WE GET HOTTER. – BJORN SAMSET

We all know air pollution is killing millions of people around the world. Nobody likes the smog. But what happens if we clean it up, if electric cars reduce carbon pollution, if governments finally react to climate change gases? We get hotter. In fact, new science suggests the initial burst of heating from cleaner air could come close to the amount of warming we’ve already experienced. That means more hot times and bad weather.

Here to explain is Dr. Bjorn Halvard Samset. He is Research Director at CICERO, the Center for International Climate and Environmental Research, in Norway. Bjorn is a physicist. He’s widely versed in climate science. Bjorn is often quoted in Norwegian media. He specializes in extreme precipitation and the role of atmospheric aerosols in a changing climate.

The new paper “Climate Impacts From a Removal of Anthropogenic Aerosol Emissions” was published in January 2018 in Geophysical Research Letters. You can read that full paper here.

Download or listen to this 28 minute Radio Ecoshock interview with Dr. Bjorn Samset in CD Quality or Lo-Fi. 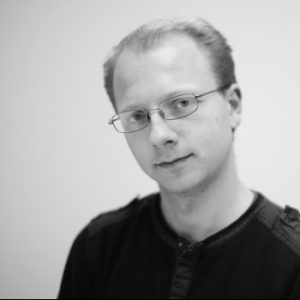 “Physicist, climate scientist, science disseminator. Studying precipitation and the role of atmospheric aerosols in a changing climate, mainly through climate modelling. Regular newspaper columnist and science commentator, Norwegian media. Previously worked on particle physics, with the ATLAS collaboration at CERN and the BRAHMS collaboration at RHIC. PhD in Nuclear Physics, University of Oslo (2006).”

In the interview, we also discuss this earlier paper where Bjorn was a co-author: “Regional and seasonal radiative forcing by perturbations to aerosol and ozone precursor emissions“.

For me, THE KEY IDEA in that earlier paper is: the authors suggest a way to time polluting emissions in a way to both improve air quality WITHOUT losing the cooling shield inherent in different sources of pollution. Do we accept some level of pollution now, to give us more time to escape the climate catastrophe? Should we try to stave off having to take painful action now, or just accept anything?  That isn’t the main point of the 2016 paper, but we find this possibility in this discussion in the paper, (and I ask Bjorn about it in our interview):

“Finally, European and shipping emissions exert stronger aerosol specific radiative forcings compared to East Asia where the baseline is more polluted. This study can therefore form the basis for further refining climate mitigation options based on regional and seasonal controls on emissions. For example, reducing summertime emissions of black carbon and wintertime emissions of sulfur dioxide in the more polluted regions is a possible way to improve air quality without weakening the negative radiative forcing of aerosols.”

WHY I THINK THE NEWLY RELEASED PAPER IS SO IMPORTANT

Getting back to paper “Climate Impacts From a Removal of Anthropogenic Aerosol Emissions”  – my take on the new paper is: If we build and buy more electric cars, keep on installing alternative energy/low emission energy supplies, while the fossil fuel industry eventually withers,  then we pay a near-term penalty of global heating. That warming may be as great as we have experienced now, an additional 1.1 degrees C. – or it could be as low as .5 degree C warming.

If we don’t shut down the fossil fuel trap, then the outlook for heating is much worse, possibly beyond our ability to survive as a species, and certainly deadly to this civilization. We can lose big, or lose everything. Those are the choices – unless we can develop a technology and culture to remove carbon dioxide from the atmosphere, in tremendous quantities, and then find long-term storage for it.

Bjorn Samset says we will clean up the air in any event. There is tremendous demand to clean up the smog in the major hubs of China and India. The Chinese government has already given this a priority. The new warming when smog is removed will happen.

ARE WE ALREADY GUARANTEED TO GO OVER 3 DEGREES WARMING?

Several years ago, Dr. James Hansen, former head of NASA’s Goddard Space Center, warned of more than a degree of heating “in the pipeline”. These are delayed warming responses to emissions already in the atmosphere. This warming is not affected by our actions now or in the future. It is too late for these emissions responses to do anything but continue.

Is that what this paper set out to test? I asked Bjorn Samset: How does this relate to Hansen’s in-the-pipeline warning? It turns out the Hansen pipeline heating is another matter, different than the warming caused by removing smog. Hansen was talking about the energy balance on this planet. Samet gives this analogy: if you turn up the thermostat in your house, it takes a few hours to reach the new temperature. By changing the atmosphere on Earth, we have changed the energy balance. It will take some years to reach the new higher temperature, but we are not sure how high that will go. Hansen has suggested that warming in the pipeline could be between 1 and 2 degrees C!

If we add between .5 to 1.1 degrees C warming coming from reducing air pollution, to Hansen’s minimum 1 degree C warming when the energy imbalance fully expresses itself, we have somewhere between 1.5 and 2.5 degrees heating still to come – even without any further greenhouse gas emissions! Since we are already 1 degree C warmer than preindustrial times, even if the world stopped emissions today, there is no way to avoid catastrophic warming of 2.5 to over 3 degrees C by 2100. Again, only a massive program to capture carbon from the atmosphere and store it could save a habitable world – and that presumes we decarbonize very, very rapidly. That is where we are now.

This interview considers the other side of the “clean up the air” problem: human demand for safe air.  If you thought air pollution was cleaned up and regulated for safety by the government, listen up. Every year, smog continues to kill thousands of Americans, and millions of others around the world. But who? How can we save lives, and what can you learn to protect your own?

A massive study from Harvard University adds a surprising new twist: for American seniors, just a short-term exposure to air pollution drives up deaths for the next two days. The title is: “Association of Short-term Exposure to Air Pollution With Mortality in Older Adults”. It was published by the Journal of the American Medical Association, or JAMA.

Our guest Francesca Dominici is a co-author. Educated in Italy, she’s been applying statistics to public health problems at John Hopkins University, and more recently at the Harvard T.H. Chan School of Public Health, where she is Professor of Biostatistics. Last March, Dominic became co-leader of a major project called the Harvard Data Science Initiative.

Download or listen to this 21 minute Radio Ecoshock interview with Dr. Francesca Dominici in CD Quality or Lo-Fi.

I presumed that air pollution was like smoking cigarettes, kind of a cumulative effect over years. But now we learn even one bad air day can bring earlier death. Within two days of every smog event, the death rates go up all over the United States. Even worse, statistics from this big study show that rural areas also suffer air pollution and aggravated deaths. It’s not as bad as cities, but it’s still there.

Let us take a moment to picture how this happens. If I am a black senior in Louisiana, or any senior living in Los Angeles, and I head out shopping despite some dirty looking air, I might drop dead in a day or two. But if I choose to stay home that day, maybe with a HEPA air filter running, I might live another 10 or more years instead. Can it be that stark?

This study was done in the United States, using millions and millions of records from public health sources, MEDICAID, death stats and more. It was cross-checked in many way, including satellite data. Just to run the calculations, the scientists had to take over ALL the computer resources of Harvard University for a day (it was July 4th, when everyone was on holiday).

Obviously smog and lungs are no different anywhere else. this shocking warning applies just as well in Europe or China.

THE POLLUTED WOMB – REBROADCAST OF MY EARLY COVERAGE OF AIR POLLUTION

The Harvard study looked mainly as senior citizens. But there are lots of studies showing people of all ages are more likely to die during, or right after bad air days. At the top of the list are pregnant women.

I did a show in 2006 based on a Columbia University study showing tiny polluted particles can cross the placenta, going from the mother into the baby in the womb. The chemicals carried on those pollution particles can change the DNA of the baby, with health impacts that can manifest years later. Either we clean the air of toxins, of pregnant women may want to consider going out to the country until delivery?

I remember Greenpeace Germany did a science experiment on smog in the 1990’s. Considering babies have much smaller lungs, and that pollution in cities is worse as you get nearer the ground: in order for a baby in a baby carriage to have the same air quality as an adult, the baby carriage would have to be about 14 feet up in the air!

In the short time at the end of this show, I play a brief clip from my early Radio Ecoshock show on smog. On Feburary 9, 2006, my show “The Polluted Womb” reported that air pollution enters the womb and can change the DNA of babies, and future health for a lifetime.    The science comes from Doctor Frederica Perera at Columbia University.  The show was based on a talk titled “Pre-Natal Exposures to Pollutants and Future Health Risks.” It was part of a Policy Maker Education course for Congressional Staff, organized by the Harvard Medical School Center for Health and the Global Environment, on March 30th, 2005.   You can find my 2006 piece “The Polluted Womb” in my show blog below.

From our first moments of life to our last, air pollution can damage human health. Let’s clear the air.

Thank you for listening, and please join me again next week for more Radio Ecoshock. And don’t forget to support my new “More Radio Ecoshock” project!  Help me get more listeners for these important guests and their message.