Here we go into a new year with a new climate. In this program we look back and forward with the remarkable Dr. Paul Salaman from Rainforest Trust. Content warning: a little optimism may creep in. Then one of the strangest outcomes on a warming planet: babies who experience even a short period of heat stress in the womb, will on average have a lower income 30 years later. Think about that, as we explore new science lead by Dr. Maya Rossin-Slater from the Stanford School of Medicine.

Earlier in December, Alaska and the Yukon were hotter than parts of the lower 48 states. A friend returned from the Yukon, where they wondered if they would have a white Christmas. In the Yukon! On January 3rd, AP’s Seth Borenstein wrote “Anchorage, Alaska, was warmer Tuesday than Jacksonville, Florida. The weather in the U.S. is that upside down.” Do we have a problem?

California experienced it’s largest ever wildfire, not in the usual summer fire season, but in December. Now we have a cold Arctic blast over most of North America. Right on cue, President Trump made his first ever Presidential Tweet on climate change, saying “we could use a little bit of that good old Global Warming.” To celebrate the end of his first year, where he passed more legislation than any President in the history of the Universe, Trump has removed the safeguards on fracking put into place by the Obama administration. Go ahead. Pump toxic chemicals near the school yards and in national parks. We’ll never ask you what is in those fracking chemicals – because we can’t.

Meanwhile, the Philippines is trying to clean up after yet another deadly tropical Typhoon, as the hits keep on coming. I’ll cover all that in coming shows, but we won’t stop there. It was never my role to be a disaster reporter. Instead we will continue to dig into the causes and processes behind the news. And I’ll be looking for any source of real optimism, and voices helping us cope with an unstable world.

I’m Alex Smith. I’ve left my own struggle with despair for the end of this program, and this blog.  Anyway, welcome back to Radio Ecoshock.

2017 was a dizzying mix of dangerous politics and environmental records. What really happened? Is there anything each of us can do to help? We’ll find out.

I know it is common to look back at a year, but it is uncommon to have the eyes of one of the world’s leading conservationists. Paul Salaman was inspired as a child, and managed a small nature reserve in London by age 14. His work in South America helped create new nature preserves in Columbia. Growing up as a birder in the UK, Paul helped found Fundación ProAves, the South American charity for protection of the birds. Four new bird species were brought to science by him. After a distinguished career in science and conservation, Dr. Paul Salaman is now Chief Executive Officer for Rainforest Trust. 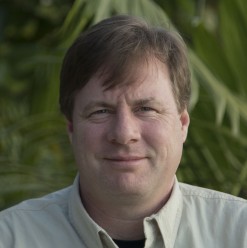 Surprisingly, as Paul points out, there is no Year End in Review for the environment! That seems hard to believe, but we certainly need one. Rainforest Trust steps in to fill the void.

Here is a quick summary from the report:

MAYA ROSSIN-SLATER – HEAT IN THE WOMB LEADS TO LOWER EARNINGS?

Here is an incredible new twist to living in a hotter world. If you experienced heat stress in the womb, or as a baby – your earnings could be lower 30 years later. Not possible you say? Listen to this.

Dr. Maya Rossin-Slater is a Fellow at the Stanford Institute for Economic Policy Research, and Assistant Professor of Health Research and Policy at Stanford University School of Medicine. Find more at her web site. 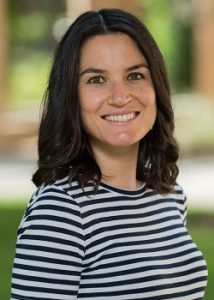 Maya is co-author of a new paper “Relationship between season of birth, temperature exposure, and later life wellbeing”. That was just published in the Proceedings of the National Academy of Sciences on December 4th, 2017.

Unfortunately, this study vindicates air-conditioning. It appears that any woman expecting pregnancy should have AC during high heat. But if everyone everywhere gets air-conditioning, the power demands from fossil fuel would make the outdoors hotter and hotter, making climate change worse.

The other aspect is almost an inheritance of poverty. The very poor, and many homeless people who still become pregnant and give birth. They are the most likely to be without air-conditioning during critical periods. Doesn’t this study suggest being poor during heat makes the next generation to be lower income as well?

This sounds like a public health need. Should governments or other institutions provide cooling centers for anyone pregnant or with a baby who needs it? Should doctors be warning mothers about heat risk?

Sorry but this science generates so many questions (many of which our guest Maya answers).

Given this study results, is it possible we could raise the standard of living simply by providing optimum conditions for pregnancy and the first year of life? If a couple does not have air-conditioning, and live in hotter parts of the country, would they be wiser to plan a pregnancy for the winter? Does this previously unknown human need give an advantage to people in cooler states like the Northeast, versus people in the U.S. Southwest or the traditional South?

This new study almost makes early heat sound a little bit like the effects of radiation. Children receiving radiation in the womb can develop cancers 30 years later. But I never suspected such a long-lasting impact from prenatal heat stress.

Heat records are being broken all the time now. We’ve experienced some super heat waves, with more to come. Is it possible humans are experiencing more long-term damage than we know? We need a lot more research and answers.

HOW I LOST MY OPTIMISM

That’s it for Radio Ecoshock this week. I’m back, under protest, and I trust that protest will spread as humans realize we have destabilized the ecosphere. This isn’t a debate, or reality TV. It is science and the daily reality we all experience.

For a number of reasons, I’ve decided to give radio another year, but only “under protest”. It’s rewarding, but hard, taking up most of my time each week. I suppose I am lucky to have such a focus, although unlucky to bring such bad news.

Most of my life I was an optimist, feeling that I personally, and our society generally, would be able to rise above any challenges. Even during the threat of nuclear war between Russia and the United States, I never believed it would happen.

During that time, I also read some science fiction, including people like Isaac Asimov, who envisioned our future. But the possibility of a climate shift was unknown then. Even as a warming was becoming clear, we still did not understand enough about the interlocking systems of Nature, the atmosphere, oceans and all that. Our minds struggle to comprehend such a complex chain of impacts from what was originally an innocent discovery of fossil fuel power. We still hardly grasp what it means, and I search out each new part of the puzzle.

It is hard to say when I lost my optimism. Originally it may have been based on my assessment of the financial system as a pyramid scheme stretched out over time. I expected an economic collapse, and we almost got it in 2007-8. But even that would be recoverable.  Climate change has a different sort of inevitability, and involves changes we cannot recover, such as loss of polar ice, with all that means. Or wonderful species lost forever.

So I get discouraged from time to time. Listeners have helped me keep going, with encouragement. Thank you for your support.

I’ve got some great guests coming up, including tools you can use. And don’t forget, you can listen to or download all our past programs, going back 11 years, on this web site. Choose “Programs” and then “Archive” to surf by year – just go for the search bar at the bottom of this page, to enter your interest. A full education on climate change, tropical forests, coral and much more is just waiting for you, free of charge, from the leading scientists, authors and activists from around the world.

The music for this program comes from my own tune “Swept”.